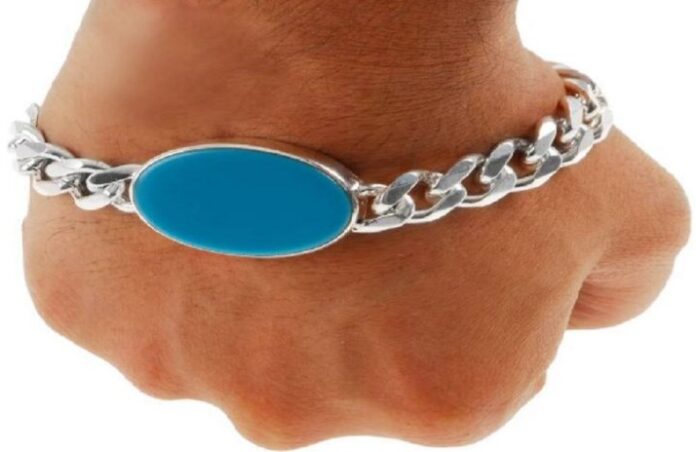 Crystals are pretty, mystical, and they capture the imagination. They just might be one of the most popular trends in alternative medicine.

It’s believed by some that holding crystals or positioning them on various areas of the body can give physical and mental benefits. The idea is that crystals interact with the body’s energy field, creating balance and alignment.

Many people use crystals for stress and focus, while others believe that crystals have the power to heal physical ailments and illnesses.

How much truth is there in the theory that crystals have the power to heal the body?

Let’s take a look at crystal history, lore, and the science behind them to answer that question.

Crystals are a group of minerals. Very simply, they’re beautiful, semi-rare stones — some are clear and some have bright colors.

Jude Polack, founder and director of bewater, a company that sells crystal-infused water bottles, explains there is a long history of crystals being used for well-being.

“Archaeological finds show that amber was in use for protection and well-being as far back as 10,000 years ago in the UK,” she says. “Records from Ancient Sumer show that crystals were used for prosperity and health.”

In Egypt, Polack notes that multiple stones were used for medicinal and ritual purposes, including:

According to Polack, Leonardo da Vinci reportedly kept a gemstone on his desk, claiming, “Amethyst dispels evil thoughts and speeds up thinking.”

Some in the alternative medicine community believe these stones have real healing powers.

One common belief is that crystals interact with the body’s energy fields, also known as vibrational energy. The idea is that crystals can redirect and re-channel energy flow with their unique energetic vibrations, helping to unblock areas of the body or energy field that have become “stuck.”

“Crystals have potent healing powers, and when we touch them, healing is immediately activated,” says cosmic energy healer Eva Antoniadou.

As the crystal vibrations interact with the body’s natural energetic frequency, the body is said to be left feeling focused, relaxed, and clear.

“Crystals absorb energy from pressure and movement and convert it into an electronic frequency,” says Polack. “It’s this frequency, unique to each type of crystal, that users are relying on when working with crystals, and given that many pain and anxiety relief devices work on similar principles, we do believe they can help in these areas.”

Methods of treating pain and other disorders with electrical current include:

Compared to these therapies, any frequency a crystal might emit would be infinitesimal.

When it comes to the science, there’s almost no evidence to support crystal healing.

Two researchers, the brothers Pierre and Jack Curie, conducted a study in 1880 and found that changing the temperature of crystals and putting pressure on them could create electricity.

This is known as the piezoelectric effect. It’s used in technology like:

The work of the brothers Curie suggests that holding crystals may have a minor effect on the body’s energy levels, though whether that effect can produce healing power is still up for debate.

Another study by C.C. French on crystals and healing was presented at two international conferences in 1999 and 2001 but never published in a peer-reviewed journal.

In other words, the knock-off crystals were just as effective, which suggests that the placebo effect was working its magic.

As psychologist Richard Wiseman told The Telegraph at the time, “It is suggestive that the power of crystals is in the mind instead of in the crystals.”

Even some people who work with crystals hold the belief that the real power of crystals lies in the placebo effectTrusted Source.

Polack, for instance, believes that crystals work through a combination of the placebo effect and by creating changes in energetic frequency.

“A combination of placebo, which is powerful in itself, and the previously mentioned energetic properties of certain crystals certainly seem to have a real impact on the body,” she says.

What works and what doesn’t?

If you’re thinking about adding crystals into your wellness routine, it’s important to be realistic about what they can do and what they can’t.

Crystals are sometimes called on to support mental health conditions, like anxiety or depression.

There’s no scientific proof that crystals have any significant effect on energy, emotions, or mental health. Don’t replace medical treatment for anxiety, depression, and other diagnosable conditions with crystals.

Instead, use them to create a sense of being grounded and centered while also following your doctor’s or psychologist’s advice.

Plus, if you feel that crystals are helping, it’s always worth using them, even if it is just the placebo effect at play.

Crystals can provide support, not treatment.

Crystals can provide support when you’re feeling down or stressed too.

Just as they can provide support for mental health issues, crystals can help you boost your mood. They can be used as a tool to invoke feelings of:

This likely has more to do with your relationship to the crystal rather than the crystal itself.

While some crystal practitioners believe that crystals can help with real, physical ailments, there have yet to be any scientific studies to support this theory.

“We never advise using crystals to treat illness or injury, although there certainly are many who do,” says Polack.

While using crystals likely won’t hurt you, follow your doctor’s guidance when it comes to physical injury, chronic pain, or illness. The more support you have from different modalities, the better. That doesn’t mean crystals can’t be one tool in your toolbox.

By combining the placebo potential of crystals with the scientific evidence behind meditation, the two can work together to create a positive effect.

A 2021 study of 53 adolescents in an inpatient psychiatric unit found that MM was an effective and relatively immediate intervention to lower anxiety. The study also found MM to be especially beneficial for symptoms of psychosis.

If you believe that crystals make a difference, adding them to your meditation practice is likely a winning combination. If you feel unsure or skeptical about crystals, just skip using them and meditate instead.

All in all, taking a moment to hold a crystal may affect your energy in some subtle, barely measurable way.

More importantly, it will invite you to slow down, breathe, and focus your mind on one thing. This meditative practice in and of itself will likely help you feel more at ease.

There are lots of ways to meditate with crystals. Here’s one option:

Some studies show that crystals have the power to create an electrical charge, but that’s about all the evidence shows.

While it’s unclear how much this affects your energy field, it’s clear that many people believe that they benefit from using crystals.

“Ultimately crystals are, in our experience, as individual in their potential effect as the person using them,” says Polack.

We may never know for sure whether crystals help us through energy or through the placebo effect. Still, as long as you don’t forego medical care, crystals may be a helpful addition to your wellness practice. #KhabarLive #hydnews