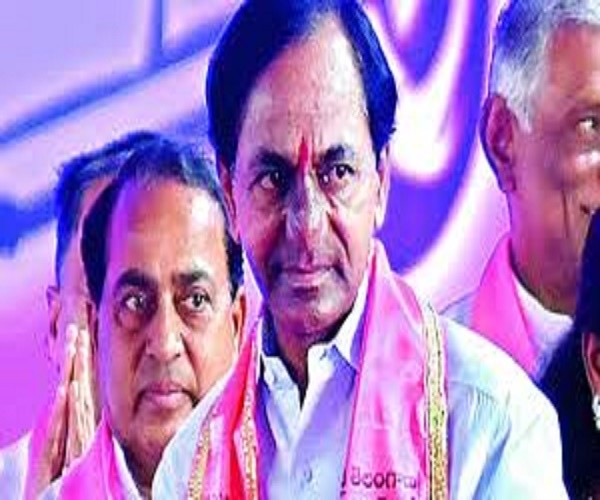 Only a few days ago that Telangana Rashtra Samithi president and chief minister K Chandrasekhar Rao floated the idea of forming a federal front of non-Congress and non-Bharatiya Janata Party parties at the national level.

But so far, there has been no movement in his attempts to form the third front, as there was hardly any response from other political parties in the country. But surprisingly, the die-hard fans of KCR have already started dreaming about him becoming the next Prime Minister of the country. There were posters and hoardings projecting him as the future of India.

And on Saturday, some Brahmins, under the banner of Telangana Brahmin Seva Sangham performed a homam to pray the God that KCR becomes the Prime Minister of the country. Sangham president S Sudhakar Sharma performed the Yagam at Kanakadurga Temple at Basheerbagh for three hours starting at 8 am.

He told media later that KCR was the PM material and if given a chance, he would show a new direction to the country.

“We have performed the yagam to seek divine blessings for him to become the PM,” he said.

ALSO READ:  Now, The 'Reservations' Becomes A 'Distant Dream' For Muslims In Telangana

Sharma said KCR had done a lot for Brahmins including providing salaries to the priests. So, it was our duty to pray for him to reach higher positions, he said. #KhabarLive