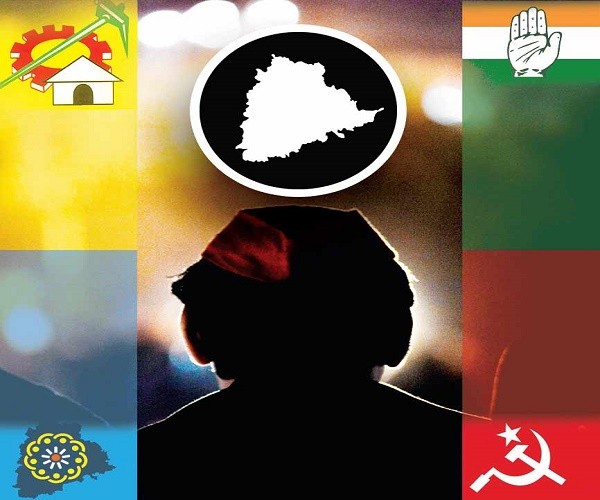 We conducted our own analysis district-wise in Telangana and our findings appear to corroborate Lagadapati.

There is every possibility of the Mahakutami coming to power with a winning tally of around 55-60 seats while TRS may end up with around 40 seats, give or take a few.

Many groups which backed KCR in 2014 have switched to the Mahakutami in this election.

While the poorer sections have backed KCR as they have come to identify Telangana with TRS and KCR’s schemes have benefitted them, many other sections of society have veered away due to unfulfilled promises.

The Congress has been especially successful in highlighting these failures of KCR. Naturally, the voting for TRS is low where there are Seemandhra people in large numbers and border areas.

In the last 10 days, the publicity blitzkrieg unleashed by the Mahakutami has successfully managed to create a massive anti-incumbency factor that was hitherto missing against the TRS.

The success of the publicity campaign can be gauged from the fact that even in TRS strongholds like Karimnagar and Warangal where the T-sentiment is high; Mahakutami garnered a fair percentage of votes.

Come December 11, it would not come as a surprise to see celebrations at Gandhi Bhavan. #KhabarLive