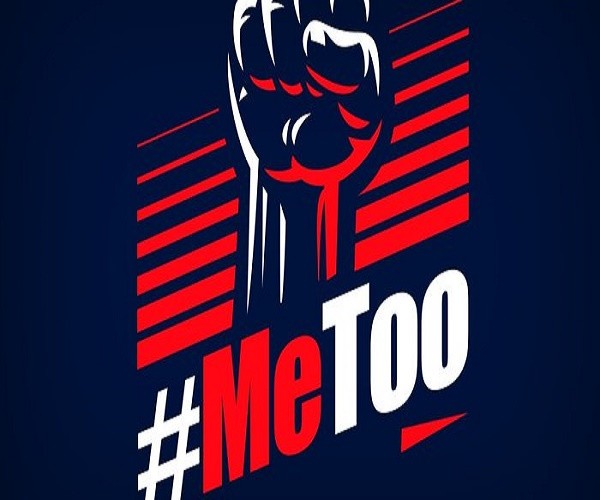 #MeToo movement that started in Hollywood one year back created sensation as many top artistes came out and shared their experiences.

Recently Tanushree Dutta made allegations on senior actor Nana Patekar and after that many such incidents came out in Bollywood as well as in South India.

There is a debate going on among the people whether such movement will start in Tollywood too. In fact that, there have already been incidents where actresses made allegations on Tollywood stars but those incidents were never highlighted by Telugu media and soon their allegations faded out.

She explained about the unpleasant incident she faced in Tollywood – “It was my first day on the sets of a Telugu film. I was lying down, because I was unwell. This male actor walked in. I did not even know him, and he started tickling my feet. I was told he was quite influential.” she added that she snapped him, and after that incident, he didn’t misbehave with her. Even though she did not give the name directly, most of the people could figure out who this box office Bonanza star is.

Because, she clearly told it was not superstar Rajinikanth. if we leave out name of Rajnikanth, there is only one star hero she worked with in South India. List of her South Indian films as below:

Yesteryear actress Kasturi allegations on hero cum politician: Kasthuri, who has worked in Telugu films like Nippu Ravva, Soggadi Pellam, Annamayya and some other movies also opened up on harassment she faced in Tollywood. She spoke about her horrible experience and told “I would like to point out that most of this was in relation to this one hero – this one guy who is a hero/politician now. I think it was some kind of ego thing for him. I respect him in so many ways, but he couldn’t take no for an answer. He kept harassing me for that one movie I did with him and threw me out of two.” She also did not reveal name of the hero but people could figure out, about whom she is talking. She clearly told he is a politician and she told all this in interview she gave in 2017.

Others: Recently a lady journalist shared her story with a big star, who has been forcing her to meet personally, but she too didn’t reveal his name. Heroine Aditi Rao also sometime back opened up about her experience. Singer Chinmayi’s courage in opening up against veteran lyricist Vairamuthu is appreciated by many.

Sri Reddy: Difference between “Casting couch” and “Me too” – Another name that strikes while discussing this issue with respect to Tollywood is Sri Reddy. She occupied most of the screen time of many TV channels for a month or so, as she went on making allegations against several Tollywood celebrities. However there is difference between these two issues.

The issues raised in Hollywood or Bollywood in the name of “Me too” movement are more related to the sexual harassment women associates facing at workplace or by the fellow associates with whom they are working. In most of these issues, women clearly told that they didn’t succumb to the tactics of the male associates, they rebelled against those male associates and they even complained to others in the industry when they faced these incidents.

But in case of casting couch allegations raised by Sri Reddy, she herself openly told that these producers / directors and others have failed to keep up their promises of giving opportunities to her despite she compromised with them.

But still, Sri Reddy is considered torchbearer in this issue in Tollywood. The way she boldly revealed several things stunned many people.

However her fight lost all credibility among people as she started targeting people like Pawan Kalyan who are no way related in this issue. People believed this is another political sketch to defame Pawan Kalyan by some leading media houses that colluded with ruling party and Sri Reddy is just a front face behind a bigger conspiracy.

At some point, Sri Reddy lost control and used cuss words against Pawan Kalyan and his mother and with that one incident, her entire movement came to an end and TV channels started completely avoiding her.

Finally: Had Sri Reddy stuck to the core issue and fought against the predators in Tollywood, she would have definitely been approached by many victims and many such incidents would have come out.

But the opportunity has been lost as victims in the industry thought her fight is not genuine and is politically motivated and they stopped approaching her. But now again, after Bollywood ‘Me too’, victims in south India just started to open up but it is not very intense.

Anyway, it is sure that someday such movement will start in Tollywood too. It is just a matter of time to get some trigger point to re-start “Me too” in Tollywood. #KhabarLive