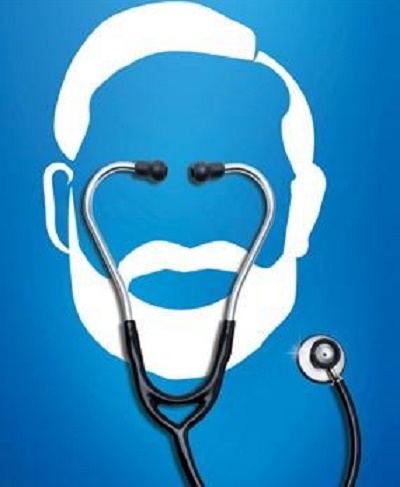 KhabarLive analyses world’s largest healthcare scheme announced in this year’s Budget. Few politicians can beat the ambition and audacity of schemes conceived by Prime Minister Narendra Modi. The latest one is the announcement by Union finance minister Arun Jaitley in this year’s Budget of the National Health Protection Scheme, or Ayushman Bharat.

This tax-financed health insurance scheme for the poor will give 100 million poor families, or around 500 million people, a Rs 5,00,000 cover per family per annum. It is the world’s largest healthcare scheme. Modicare, as it’s now being called, will provide state-funded healthcare to a population bigger than that of South America. Prime Minister Modi, known for his big ideas, called the scheme “a path-breaking initiative to provide quality and affordable healthcare” and said it would usher in a “paradigm shift in our health sector”.

This is very laudable. Rarely have health and education become issues for political debate, which could, in a way, explain the rotten state of health and education over the last few decades. Politicians have been happy to seek votes on divisive, emotive issues like caste and religion. Yet, as is the case with all other large state-sponsored schemes, there are serious issues with the proposed implementation of this gigantic scheme.

The pathetic state of healthcare is one of India’s biggest policy blights. Seventy years after Independence, 86 per cent of rural Indian patients and 82 per cent of urban patients do not have access to any form of employer-provided or state-funded insurance.

The link between health and wealth is a fact that should be more widely acknowledged. One-sixth of India’s poverty burden results from out-of-pocket health expendi­ture, which also deters the poor from seeking treatment. Sixty-three million Indians (that’s more than the population of Karnataka) are pushed into debt due to healthcare spending each year. Indians are tormented by a twin-pronged disease threat – traditional ailments like diarr­hoea and tuberculosis – and lifestyle or non-communicable diseases like obesity, diabetes and heart ailments.

A broken healthcare system makes treatment so much more complicated. There is just one state-run hospital for every 90,343 persons and 0.9 beds for every 1,000 rural persons. The void created by subsidised but dysfunctional state government hospitals is being filled by efficient but often expensive private sector hospitals. Affordable healthcare, it would seem, is beyond the reach of most Indians.

Past attempts to implement large healthcare schemes have been dismal. The Rashtriya Swasthya Bima Yojana (RSBY), launched by the central government in 2008 with mirror schemes in the states, offered an insurance coverage of Rs 30,000 for below poverty line families. A 2017 study by the academic journal Social Science and Medicine found that RSBY was ineffective in reducing out-of-pocket expenditure among the poor.

Will Modicare meet the same fate? This is what our cover story, put together by executive editor Damayanti Datta, looks at. The scheme does mark a commendable first step towards universal health coverage. But there are issues. There is no clarity on cost. Estimates vary from Rs 10,000 crore to Rs 1 lakh crore while the provision in the Union Budget is only Rs 2,000 crore for RSBY plus 1 per cent health cess.

Where will the money to finance this scheme come from?

How will the deserving candidates be identified?

How will they pay for their insurance? Where are the resources, the workforce or the hospitals? What is the timeline for its execution?

A healthy population is a wealthy population. This is a fundamental lesson for a country set to be the world’s third-largest economy by 2030. Implementing Modicare is clearly going to be the biggest challenge and a personal one for the prime minister since it is now fused with his name in public memory. This is a chance to either leave his mark on history or be remembered for not having cared. I can only wish him luck in this noble endeavour. He will need it. #KhabarLive