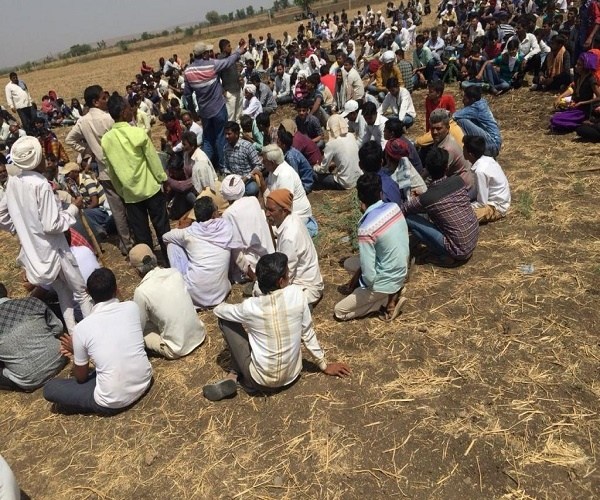 The Narendra Modi led government announced a new Pradhan Mantri Kisan Samman Nidhi scheme for farmers. It remains to be seen how much of a dent will this make in the average outstanding debt of each agricultural household.

Stand-in finance minister Piyush Goyal, presenting the last budget of his government, said that the government will provide Rs 6,000 per year for each agricultural household with a landholding of less than 2 hectares. The direct income transfer, which will be funded entirely by the Central government, will be made in three equal instalments.

The scheme, Goyal said, will benefit 12 crore farmers and will cost the Centre Rs 75,000 crore per annum. It will be implemented with effect December 2018 and the first instalment will be paid during the current financial year. Rs 20,000 crore has been allocated for that purpose.

The announcement of an income support scheme was expected, particularly after the Congress party announced that it will be providing a minimum income guarantee to every ‘poor’ household if it is voted to power.

In the last few months, a policy consensus seems to have emerged that methods other than minimum support prices (MSP) are needed to deal with agrarian distress – largely caused by declining rural incomes. After last year’s announcement of a ‘historic’ hike in MSP, it was seen that the prices prevailing in wholesale markets, for most crops, were well below the MSP set by the government.

“MSP announcement is for the entertainment of farmers,” a senior government policy adviser had commented in an on-off-the-record conversation.

Telangana took the lead in devising alternate mechanisms. In May 2018, it announced the Rythu Bandhu in which every land owning farmer gets Rs 8,000 per acre per year in two instalments – once before the rabi season and once before the kharif.

Subsequently, other states, too, have announced their own versions of a direct income support for farmers. Most notably, Odisha announced a composite scheme – Krushak Assistance for Livelihood and Income Augmentation (KALIA) – where the state government will be providing Rs 10,000 per family per year to marginal and small farmers.

Challenges of implementation
The PM Kisan Samman Nidhi scheme will be funded by the Centre and is likely that it will be implemented by the states. “The exclusion criteria means that the states will have to identify the farmers who own less than 2 hectares of land,” said Himanshu, associate professor of Economics at JNU.

The identification, too, will be a challenge as very few states have updated land records. “The updation of land records is time consuming and it is not easy,” Himanshu said.

“The updation of land records to identify beneficiaries took almost a year in Telangana before Rythu Bandhu was implemented,” said a former agriculture ministry official.

“It remains to be seen how the Centre will implement this scheme before the elections,” said the official.

In remarks made to television news channels on Friday evening, senior finance ministry officials confirmed that the Centre would have to work with states to identify potential beneficiaries.

‘Not enough’
Rahul Gandhi, president of the Congress party, said that the Rs 17 a day (Rs 6,000 per year translates to Rs 17 per day) as income support for farmers is an ‘insult’.

Farmers, under the aegis of the All India Kisan Sabha (AIKS), who were protesting at the Jantar Mantar even as Piyush Goyal announced the income support scheme, agree with Gandhi.

“It is a hand-out,” said Hannan Mollah, general secretary of the AIKS. “It speaks of the Modi government’s arrogance that it thinks that handing out farmers Rs 17 a day will make them happy or solve the problems of the agriculture sector.”

“The government’s real intention is clear from the decision to begin this scheme retrospectively and to pass on the first instalment within this financial year. Clearly, this is a desperate measure to buy the farmers’ votes, by transferring Rs 2,000 to their accounts before the election. It is a double insult to the farmers that the government expects to get the farmers’ votes so cheap,” he said.

Farm leaders continue to insist that their protests will not stop till their demands of setting MSP at cost (C2) plus 50% and a one-time unconditional loan waiver are met. “That has been our demand. We did not demand this hand-out that the government has given. Our demands remain,” said Mollah.

The problem of low incomes and mounting debt are connected. A working paper by the RBI pointed out that rural wage growth has shown a declining trend since 2014. For several months, food inflation has been below general inflation – which means that the prices farmers get for their produce has not kept pace with the price they pay for inputs and for their other needs.

Declining incomes put farmers in cyclical debt as they are pushed to borrow, but are unable to repay. The average outstanding debt of each agricultural household, according to the NABARD’s financial inclusion survey in 2016-17, was Rs 1.04 lakh.

How far Rs 6,000 per year income assistance will go, without the requisite market reforms needed to ensure farmers get a fair price, remains to be seen. #KhabarLive