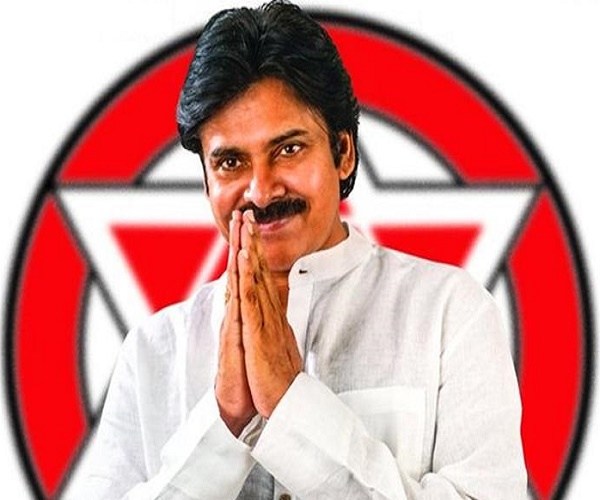 The recent political situations indicate that it is going to be a triangular fight among TDP, YSR Congress and the Jana Sena – Left Alliance. ‘Power Star’ Pawan Kalyan has been Tollywood’s loose cannon hero since ’96, and an equally unpredictable politician since 2014. He’s currently on a recruitment spree, and has been roping in bureaucrats from the most unexpected places into his Jana Sena party.

His singular antics worked on the silver screen. But is he really set to become the new saviour of the citizens of Andhra Pradesh this year? And how well does he play the game?

Grab your popcorn and add a dash of Rayalaseema red chili to it!

With the simultaneous Assembly and Lok Sabha elections, likely to commence in just a span of few weeks, the political heat in Andhra Pradesh is at an all-time high now. While the upcoming elections in the South Indian state are expected to be dominated by the regional political parties, the BJP and the Congress are apparently left with limited roles to play.

The ruling Telugu Desam Party under Chief Minister N Chandrababu Naidu has begun its campaign, urging the voters to give the party another tenure, while the main opposition YSR Congress, led by Y S Jagan Mohan Reddy, appears to be confident enough to contest from all the constituencies all alone. A third key player, Jana Sena Party, under actor-turned-politician Pawan Kalyan’s leadership, is posing challenge to both the TDP and YSR Congress, with its friendship with the Left parties including CPI(M) and CPI.

The BJP and the Congress, on the other hand, have lost their ground in the state, and are eyeing opportunities for post-poll support.

ALSO READ:  ‍Where Is The Vaccine For Killer Covid In Telugu States?

The state has got 175 assembly seats and 25 Lok Sabha seats. In case of a hung parliament in the upcoming Lok Sabha elections, the winning party in the state will have more chances of being a kingmaker.

Special Category Status
In the last four and half years, if there was one demand that united the Andhras, it has been the ‘Special Category Status’, which was promised by former Prime Minister Manmohan Singh during the parliamentary debates in 2014, before the AP State Reorganisation act came into existence. Promising the same, the BJP allied with the Telugu Desam Party during the 2014 polls, wherein the TDP came to power in the state and the BJP, at the Centre.

As time flew, the BJP-led central government conveniently denied the special status to the state, and the TDP broke its alliance in early 2018. Since then, it has been projecting the BJP as the ‘enemy’ of the state. Interestingly, Pawan Kalyan had campaigned for the BJP and TDP alliance in 2014, who later on broke ties with both of them, while expanding his party in the state.

In the December Telangana Assembly elections, the TDP made unprecedented alliance with the Congress, but failed miserably in the adjacent Telugu-speaking state. Considering the Congress President Rahul Gandhi’s full support for Special Category Status to Andhra and Naidu’s eagerness to influence the ‘Maha Gathbandhan’, it is indicative of their possible moves post-results.

As the YSR Congress remained uncertain on the possible chances of any post-poll alliance with the BJP, Jagan Mohan Reddy has left the saffron party with a limited hope.

Jana Sena and the Left parties, had led the people’s movements in the state, but the new party has been highly relying on Pawan Kalyan’s popularity among youth.

In the 2014 elections, the TDP had won 103 MLA seats, 15 MP seats, while the YSR Congress had won 66 MLA seats and eight MP seats. The BJP had won four MLA seats, two MP seats, as the Congress won none.

Power Star
Despite being Chiranjeevi’s younger brother, he refused to pander to the megastar’s audience and set a trend all of his own. There have been a number of entrants from the ‘Konidela’ family into Telugu cinema, all quite successful.

But Pawan Kalyan still looms large, and all alone.

Right from 1996, in which he debuted in the film ‘Akkada Ammayi Ikkada Abbayi’, he’s only acted in ONE film per year, or at the most, two. This is something that actors dare to do AFTER they turn into bankable superstars. 2014’s Attarintiki Daredi was the biggest grosser of all time in Telugu cinema, until Baahubali broke reality. And that was the year he entered politics, and called his party Jana Sena.

‘Pawan Kalyan’ was the most searched celebrity politician on Google that year.

The Politician
Pawan Kalyan revamped the image of a politician. He wasn’t the white-shirt-white-dhoti ‘babu’ who bends in humble ‘Namastes’ to the audience. In 2014, at the launch of ‘ISM’, a book he wrote on his ideology, and that of his party Jana Sena in Vizag, he came dressed in a hoodie and jeans. The ‘audience’ lapped it up. He spoke about how he didn’t come for votes or political power or high position. But because his gut burned. And then he waved, like a film celebrity.

ALSO READ:  #TalkPoint: Why 'Maoists' Resurface In AP After Many Years Of 'Hibernation'?

I have my opinions about who’s a better actor between Chiranjeevi and Pawan Kalyan.

BUT, unscripted, Pawan Kalyan is boss. He’s got clear diction that flits between casual Vizag slang, Hyderabadi overtones and explosive poetry in chaste Telugu. He’s a born public speaker. His only goal when he launched Jana Sena, was to eliminate the Congress party from the state. In 2009, the INC coalition won 34 of 42 seats. And 33 of these belonged to the INC. In 2014 though, the INC won all of 2 seats. As star campaigner for Chandrababu Naidu’s TDP, Pawan Kalyan effectively routed the Congress.

But, this is Andhra Pradesh, and one doesn’t do politics on the basis of ideologies. Here, politics is all about caste. Speaking purely on the basis of numbers, TDP won because the ‘Kapu’ caste, who form 15% of the electorate, voted for Chandrababu Naidu, and against Congress. And this, is why Pawan Kalyan could be a game changer for 2019.

The Kapu Connect
The Kapu votes will decide the government this year, since they’re a homogenous group who typically vote all-in for ONE chosen candidate.

Despite Chandrababu Naidu’s 5% reservation bill to the Kapus…

Pawan Kalyan is yet again, the dark horse, who is capable of drawing the Kapu votes all to himself. He’s one of them, and has two decades of cinema and its enduring fandom in his favour. His political decisions have never been flamboyant. He’s already managed to rope in big names who will strategise his campaign blitzkrieg further.

Whether Pawan Kalyan stands a chance at becoming CM this year is debatable. But he’s definitely a force to reckon with. #KhabarLive