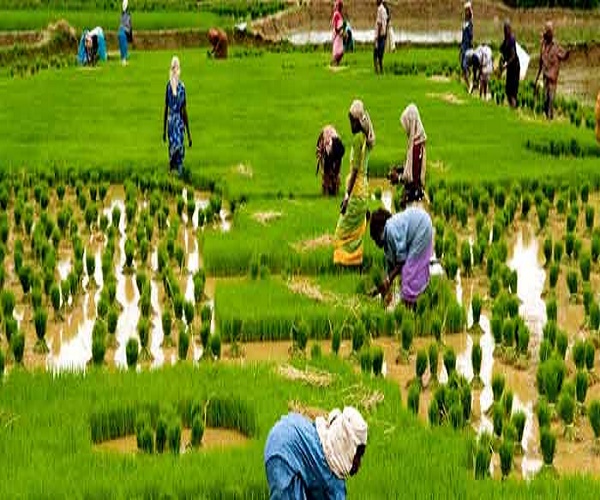 The Union Budget for 2018-19 has received much attention for its pivot to agriculture and rural development. With parliamentary elections approaching next year and continuing reports of rural distress, the attention to the rural sector was expected.

The Budget speech emphasised three elements: (a) fixing minimum support prices (MSPs) at high enough levels so that farm profits are 50% higher than the cost of production; (b) investing in agricultural market institutions and market infrastructure; and (c) investing in irrigation and roads.

The latter two components will likely receive an approving nod from an economist. It should be noted, though, that even in these ‘non-controversial’ proposals, the Budget speech glides over details and ducks several issues. The Finance Minister proposes to expand the coverage of electronic trading platform (e-NAM) to several more markets.

The worthy objective is to make mandis competitive by allowing easier entry. Studies have, however, shown that e-NAM has floundered because the systems for assessing product quality are too cumbersome and/or not trustworthy (Aggarwal et al. 2017). As a result, outstation traders are reluctant to participate.

In principle, this ought to be worked out by a warehousing system that certifies quality and, indeed, the Budget makes a passing reference to it. A budget that pays attention to strategic priorities would have made the warehouse depository system the foundational reform for all agricultural market initiatives.

Another laudable programme contained in the Budget speech is the proposal to upgrade the physical infrastructure of 22,000 village markets (the so-called GrAMs). For reasons mentioned earlier, the proposal to link these markets to e-NAM is clearly premature. The Finance Minister also said that these markets would be exempt from the APMC (Agricultural Produce Market Committee) regulations.

But how can that be done? The APMC acts fall in the domain of state legislation, which is why these Acts continue to exist despite pressure from Central governments, for at least a decade and a half, to dilute and amend them. The rent-seeking of market monopolies and their nexus with the local political economy are formidable obstacles.

If the Finance Minister had announced that the government would lead by example – for instance, by pushing these policies in states controlled by his party, then there might have been reason to believe that the local forces that have stalled market reforms could be beaten back.

The main takeaway from the proposals is that public investment in agriculture still continues to be piecemeal, without a clear strategic direction. While many of the individual elements are welcome, the absence of strategy that would locate how investments can be leveraged undermines their productivity.

The budget proposals for raising MSPs satisfy a campaign pledge and have, therefore, an explicit political purpose. More broadly, in recent years, agricultural incomes have stagnated because of poor monsoons and the fall in world commodity prices…Unless the government steps in with a commitment to buy whatever is offered to it, there is no assurance that prices can be supported.

One possibility is that current policy will continue, that is, the MSPs for most of the crops will not be implemented. However, this may be politically difficult after the Finance Minister’s acceptance of the longstanding demand of the farm community for MSPs that are 50% higher than the unit cost of production. Commentators have pointed out to a more likely possibility – that the government will take refuge in fine print.

MSPs will be fixed with reference to A2+FL cost (which is paid out costs plus the imputed value of family labour) rather than the C2 costs (which also includes the imputed value of interest on value of land and machines). Since support prices already satisfy the 50% mark-up over A2+FL, this gets the government out of the jam.

However, this is not so. Even if based on A2+FL, the MSPs have to be implemented. As the pulse procurement experience, this is sure to be demanding – logistically as well as financially. This is acknowledged indirectly in the budget speech when the Finance Minister said “….Government should purchase either at MSP or work in a manner to provide MSP for the farmers through some other mechanism.” What could that other mechanism be?

The only alternative that is at work is the Bhavantar initiative of the Madhya Pradesh government where the government compensates farmers for the difference between the MSP and market price. Such price deficiency payment schemes have long been a mainstay of agricultural support policies in the developed world…

The initial run of the Bhavantar scheme threw up some challenges in terms of coverage of eligible farmers and, more seriously, in terms of suspected collusion among traders that suppressed market prices. These problems apart, the history of price deficiency supports in the developed countries offers some lessons…

Farmers typically respond to price supports by allocating more land and resources to the supported crops. Market prices drop and the subsidy payouts quickly become much larger than anticipated; managing those leads to second-order policies. In commodities that are not competitive in world markets, tariff walls have to be raised and imports kept out. As even this is not often enough, the developed countries also instituted supply controls – either the payout was contingent on a benchmarked level of output or was conditional on leaving land idle. This will have to be a feature of Bhavantar-type schemes as well. Producers will have to register and supply quotas will be allocated according to land holdings.

In principle, if the government lavishly endows subsidies (as in the rich countries), market prices can be lower. Otherwise, scarcity of budgetary resources will force the government to minimise the gap between the MSP and the market price by restricting supply both from abroad and domestically. For oilseeds and pulses that are not internationally competitive, these curbs will increase prices domestically.

It is relevant to recall that WTO (World Trade Organization) negotiations are at this moment stalled because India’s subsidies to rice and wheat have breached the allowable limits. The current budget proposal will make this problem acute and it is hard to see how other nations can agree to a ‘peace’ clause that exempts India from offering subsidies to such a broad range of commodities.

A deficiency payments form of price support improves on procurement-based supports but is expensive and wasteful. It is also a political trap, as evident from the experience of rich countries. Yet, the pressures for redistribution are strong. Rural incomes are far behind average urban incomes. A China-type massive migration of the agricultural labour force to factory jobs is not on the horizon. Our capacity to integrate the rural labour force by quality education and healthcare is weak. So what can be done?

Rather than deficiency payments, the government ought to boldly consider direct transfers. Administratively, it will call for the same information as deficiency payments. The economic distortions will be far less – in particular, governments have no incentive to curb supplies.

While it is an economist’s dream, direct transfers will not come cheap. India’s gross cropped area is about 190 million hectares. If Rs 10,000 is offered per hectare to all farmers, the subsidy will cost close to Rs 2,00,000 crore. By restricting it to small farmers or by imposing a maximum payout, the cost will be lower. Costs will also be lower if the payments are linked to net sown area. These are upfront costs.

Price supports, whether based on procurement or deficiency payments will have lower upfront costs but complex dynamic effects on markets, politics and rest of the economy. It would be a mistake to assume that deficiency payments (unlike procurement-driven supports) are inherently sustainable. If anything, the available evidence from the rich countries suggests otherwise. If the government is not to sleepwalk into a disaster, it should seriously consider direct transfers as the way forward.