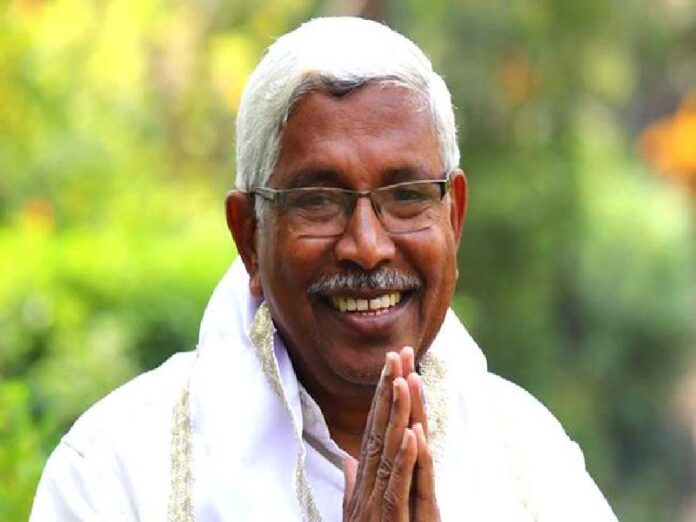 Bleak future is staring at former Osmania University professor-turned-politician M Kodandaram, as it has almost become certain that he is losing the elections to the MLC seat from Warangal-Khammam-Nalgonda graduates’ constituency.

Even after the elimination of more than 50 candidates in the counting of second preferential votes, Kodandaram continues to be in the third position in the race with 70,472 votes and if he has to win, he should get another one lakh second or third preferential votes, which is next to impossible.

Telangana Rashtra Samithi candidate Palla Rajeshwar Reddy continues to top the table with 1,11,190 votes and he requires another 60,000 votes, whereas journalist-turned-politician Teenmar Mallanna is lagging behind Palla in the second position with 83,629 votes.

If at all there is any chance to overtake the TRS, it is only for Teenmaar Mallanna and not Kodandaram, say election experts.

It is the first direct election Kodandaram has fought. Hitherto, he did not face any electoral battle. In fact, he was the first candidate who has declared himself as a candidate in the MLC elections and had been extensively touring the graduates’ constituency and drew impressive crowds to his meetings.

Despite having a lot of goodwill and respect among the educated voters, because of his fight for Telangana in the capacity of Telangana Joint Action Committee chairman, he could not get the support translated into votes.

If Kodandaram could not muster the support of educated voters in the Telangana, it is highly unlikely that he would win the general elections to the state assembly or Lok Sabha which involves lakhs of voters.

Now, the question is what would Kodandaram do? When he, himself, cannot win a small-time election, it is difficult to lead a party and get some seats on its behalf. He has become a virtual loner in the party with no senior or potential leaders who can support him.

It remains to be seen whether Kodandaram will wind up his party and work individually as a Telangana crusader, instead of a politician; or fight a long-drawn political battle. #KhabarLive #hydnews