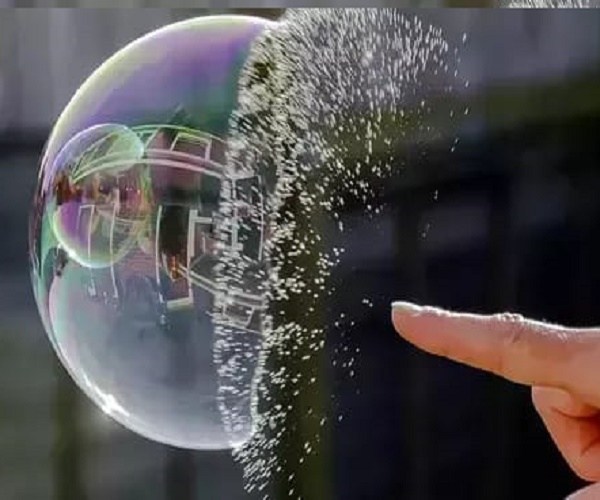 Startups are the new cool kids in the block. The first boys/girls of classes are speaking of now startups if they don’t make it to IAS, Consultancy or Investment banking, and that’s cool! India needs more innovative entrepreneurs.

However, if you’re a hipster with a suit-boot you often come across corporate gossip. You know, the likes of, ‘Dude, startups are flopping’, ‘Macha, get a VC first’ or ‘Bro, investors are angry’. You can’t verify, and you probably won’t. You accept, sit on it, and let your idea die.

#KhabarLive sat down (digitally of course) with a couple of really smart consultants and industry experts to ask the dumbest of questions on startups.

We did your job, thank us later! Here is a sanitized version of the conversation:

The startup bubble is bursting!
Startups are not bubble wraps. The valuations were reaching a bubble stage. Companies with no real business models will die anyway.

Who should I kill for this fiasco?
Yourself. The media put them on a pedestal without questioning their potential.
Startups are also often pressurized by VCs and Private Equity people to scale too fast. In that race to chase growth, a lot is sacrificed.

Gulp, But what can we do now?
Don’t invite them to Media forums and heap awards on random entrepreneurs for God’s sake. See whether they have a tangible business to start with.

Big investors are happy, right?
Not the point. Investors were earlier happy with the simple premise of GMV or potential GMV. They are now exerting pressure to deliver revenue first, profitability thereafter.

So they’ll (Snapdeal, Flipkart, Paytm, etc) not get more money?
They will. It’s just that their growth and valuation will go down. India needs e-commerce and internet technology startups.

Less growth? We’ll die!
The valuation bubble is a global one. Imagine the Dotcom Burst. The money is there, those who deserve shall get it.

…but these people are not making money. That’s why they’re shifting from their pure marketplace models.
The ‘marketplace model’ term exists only in India, thanks to government. If the company takes care of customer acquisition, shipping, payment and service, it’s a retail business.

Christ, you have goods and consignments and then call it marketplace!

Why are they then trying to push the idea of being ‘marketplaces’?
The government’s FDI Policy, my friend. None of the retailers are FDI complaint in spirit, but in the legality of the word.

Why do they have to sell Cement, Flats and Cars?
That’s the beauty of e-commerce. You can expand product categories.
Amazon created a cloud service business for itself after it had a solid IT infrastructure. That’s the most profitable part of their business.

You jealous of the money?
Ahem, ahem! These people failed at Smartphones and Clothes, and now will sell anything!

They’ll even service the car you drive there. Does that mean they have failed at selling grocery?
When will their IPO come? (Gotcha!) Easier said than done. IPO is not only about money, but significant information that needs to be released with the consent of investors. That’s where they’ve been very creative in structuring their companies.

The balance sheet will only show one income, that’s the net commission or margin that is procured out of selling. Most of them will not be open to the scrutiny an IPO brings.

You mean they’re ubiquitous? Hah, #EvilOnes!
They’re not #Cheats. They have investors and auditors onboard. The caliber of these people has to be respected.

Won’t the IPO pressure bear down upon them in the long terms?
There would be no consumer backlash. Indians consumers are very supportive of new technology.

So Startups won’t shift base to Singapore/Malaysia?
Everybody can’t afford to do that. If some leave, others would fill their space.

Do you see a Startup IPO in the next decade?
That’s too far. Let’s say potentially impossible in next 12 months.

Show me some Startup balance sheets.
Their business is none of your business.