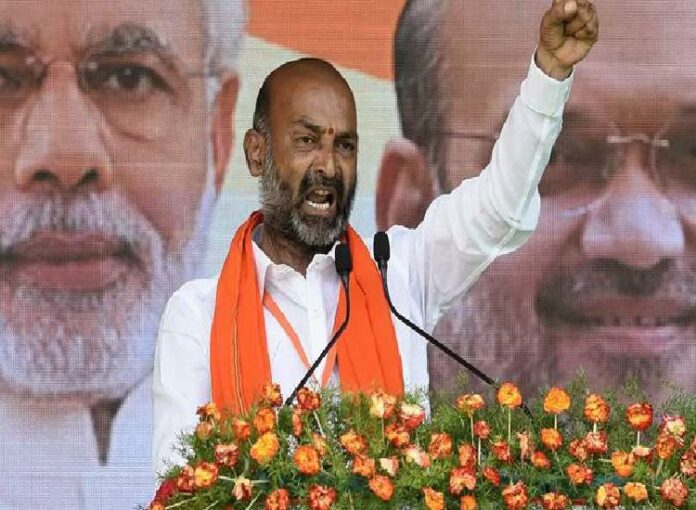 When Karimnagar MP Bandi Sanjay was appointed as the president of Telangana state BJP, there were many eyebrows raising both in the party as well as in the other political circles.

For, Sanjay had been little known face in the party till then. He was only a corporator in Karimnagar municipal corporation in the past and had lost the assembly elections twice.

However, after his victory in the 2019 Lok Sabha elections, he had become known to everybody and he has started making loud noises in party and in public since then.

For some strange reason, the high command chose him as the party president after Laxman stepped down.

This has angered other seniors like T Raja Singh who were aspiring to be the next BJP chief in the state. But Sanjay, soon, proved a tough nut to crack for his detractors within the party.

He could attract the people as well as party cadre with his rabble-rousing speeches across Telangana.

After the Dubbak by-elections, Sanjay emerged as a true leader with a huge potential, as he created tremors in the TRS camp.

And he proved his abilities once again in the Greater Hyderabad Municipal Corporation elections, where the BJP gave the TRS a run for its money by wining 48 divisions.

Now, everybody, including Raja Singh, is forced to accept Sanjay’s leadership.

It is learnt the high command has given him full powers to work out strategies in the party and identify potential candidates for the next general elections.

Of course, the top leadership in Delhi is always there to help him out in the event of crisis. But the party in Telangana is now brimming with confidence under the leadership of Sanjay.

One has to wait and see how long he can sustain his image! #KhabarLive #hydnews