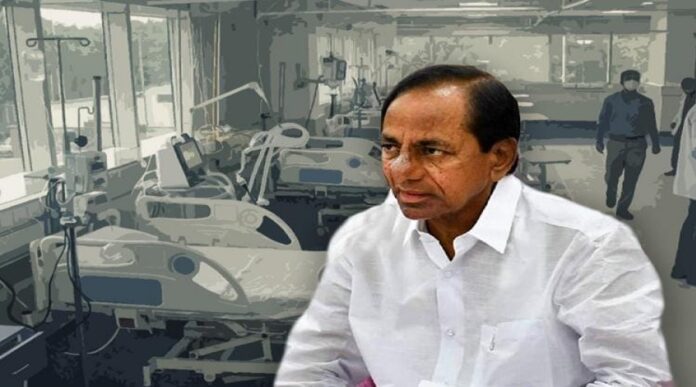 Amid rising complaints and uproar by COVID-19 patients about private hospitals charging exorbitant rates for treatment, the Telangana government on Monday warned private hospitals and threatened to seize 50% of their ICU beds.

The Telangana government revealed that it has received 1,039 written complaints from COVID-19 patients, alleging that they had been fleeced by private hospitals. Several patients complained that private hospitals were insisting on CT Scans, X-rays, and blood tests to ascertain COVID-19 infection. Many hospitals were also overcharging, especially in the name of PPE (Personal Protective Equipment) kits and safety measures.

In response to the complaints, the Telangana government stated that it had issued show-cause notices to almost all private hospitals and also formed a separate committee to look into the complaints and carry out a detailed inquiry so that strict action could be taken.

Vijay Gopal, an anti-corruption activist, felt that revoking authorization is a mere eyewash as hospitals had already violated the law and made huge profits by fleecing patients. Speaking to #KhabarLive, he said, “The entire process, as we see, is very suspicious — no clarity of what the hospitals have charged, what violations the hospitals resorted to, by how much, which hospitals, none of this information is being shared. The government taking action stating the hospitals were found violating norms is not enough.”

“Why is the Director of Health not filing an FIR against the private hospitals under Section 415, 418 and 420 of the Indian Penal Code including 406 IPC (Criminal breach of trust). This sets a dangerous precedent in which people can violate the laws and cheat people and merely lose license or permission to conduct business without being held accountable for their actions. Why is the Director of Health or the Telangana government not initiating steps to retrieve the excess money collected? This is a power the state government has under the 2002 Act,” pointed out Vijay.

The activist felt that considering the actions are being taken without disclosing specifics, it is not hard to see that the government is merely playing to the gallery and not really serious about holding anyone accountable.

Professor Bejon Misra, an international consumer policy expert and founder of the Patient Safety and Access Initiative, calls for states to introduce mandatory standards in the healthcare delivery system as health is a state subject.

He said, “Even after the enactment of the Clinical Establishment Act in 2010, the same has not become functional in most of the states in our country. Few states have notified the CEA, but it is still not made functional. The costs to patients are never made public in hospitals in our country and displayed prominently thus not adhering to standards as mandated under the law.

One should not take ad hoc decisions. Decisions need to be stemming out of the existing laws. The state government should immediately constitute an expert group to guide the government to understand, under these circumstances, the best way forward.”

Experts reiterate that healthcare cannot be discriminatory as the right to life is a basic right of people. Some experts have suggested the routing of all billing of private hospitals through a government-appointed nodal agency which will help end the fleecing of patients. #KhabarLive #hydnews