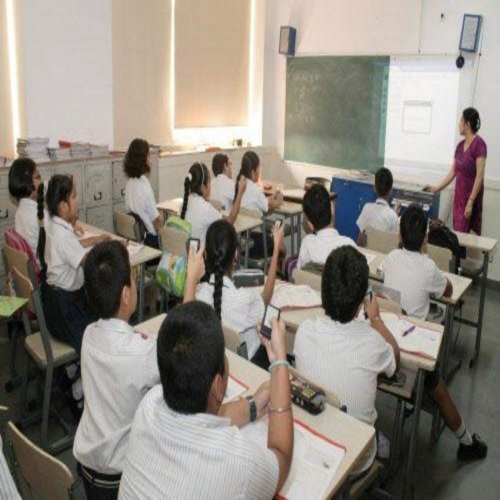 Questions around the reopening of schools in Telangana are causing concerns among both parents as teachers, even as the state government’s Education Department remains silent on the opening date for schools or how they will manage physical distancing in the classroom amidst the pandemic.

#KhabarLive discussed the issue with several teachers, educationists, parents and Education Ministry officials on the current scenario and when a decision regarding schools will be taken.

Government-run schools have so far received no instruction from the government regarding the reopening of schools. “As of now, the Education Department is concentrating on conducting 10th class examinations, which will begin from June 8 and will take almost a month to finish. We haven’t received any instructions and we are clueless about the future,” said Ramesh Goud from the state’s Government Teacher Association.

He further added that the option of online classes is not viable when it comes to government schools students, as many of them do not have smartphones, laptops or desktops. As of now, students are being instructed to go through T-SAT lectures using televisions.

While the Andhra government has announced that schools can reopen from August 3, there has been no official date announced by the Telangana government. However, some private schools have decided to start their academic schedule from June with online classes. Various schools in Hyderabad city have informed parents that classes will begin in June.

Some schools have even sent time-tables to parents regarding their children’s classes and active discussion is taking place in the school WhatsApp groups.

But the experience of virtual classes at some schools has already resulted in setbacks. In Zoom conference calls, where 30 to 50 students attend, it becomes hard for the majority to understand the lesson.

In order to overcome this hurdle, some private schools are coming up with their own innovative methods to make the teaching-learning process as effective and efficient as possible.

“There are several limitations with virtual teaching. Moreover our teachers are not trained to teach like this and to handle students on online platforms. Even the technology that we are using is not advanced enough to handle students speaking. It would only create disturbance at the end of the day,” says Amarnath Vasireddy from Slate Group of Schools.

He continues, “Teaching is not just about delivering a lesson or completing the syllabus. The process should involve interaction, between teachers and the peers alike, which keeps up the spirit of the student.”

“We have also proposed that schools can run with half strength on alternate days and we can compensate the rest of the days through online interactive sessions,” he added.

Amarnath described this model as HEADS or Holistic Education at Door Step, a scientifically-designed program to cater to the needs of students, while making it convenient for parents and teachers as well.

Through this model, pre-recorded audio and video lessons are created for students depending upon their academic level. Parents would be able to show their children these videos at their convenience. Though there are many similar videos available online, not all of them are appropriate for a particular student’s standard or needs. He also noted that these videos would ensure student engagement with the lessons.

As part of the model, on alternate days, the teacher could have video calls with a limited number of students, so that each student gets the opportunity to speak and the teacher can ensure that all are listening.

The videos could also work for students in rural areas where families may not have enough technology and equipment for all kids to participate in virtual classes at the same time.

Some parents are also asking the state to comply with the National Council of Educational Research and Training (NCERT) guidelines. Recently, NCERT proposed that schools could run with 30% student strength, mostly comprising students from Classes 8 to 12. As these students are comparatively older, they can attend school while maintaining physical distancing, says Narayana Naganti, of the Telangana Parents Association (TPA)

NCERT has also suggested that assembly sessions be cancelled, and to avoid events that involve the gathering of students, according to the media reports.

Narayana further added that the state Education Department should focus on reopening schools, instead of conducting exams for Class 10 students.

Several students in Telangana are already availing lectures available via T-SAT, an e-learning app for digital sessions. The lectures are also telecasted through Doordarshan at specified timings, and all pre-recorded lectures are available on YouTube as well.

Educationists are however not convinced that only T-SAT will provide an entire spectrum of learning for students, though sources say that education officials are looking into adding further categories and subjects to the lectures. They are also not interactive and students will not be able to pause or rewind if they are watching on television.

The Telangana Education Ministry is also looking at the various recommendations and scenarios. Sources say that Minister Sabitha Indra Reddy is planning to conduct a high-level meeting with public representatives such as teachers, Members of the Legislative Council (MLCs), heads of the private institutions, parents and various stake-holders involved in separate sessions, beginning Friday.

Based on these meetings, a sub-committee would be formed to come up with the final guidelines regarding the reopening of the schools. #KhabarLive #hydnews