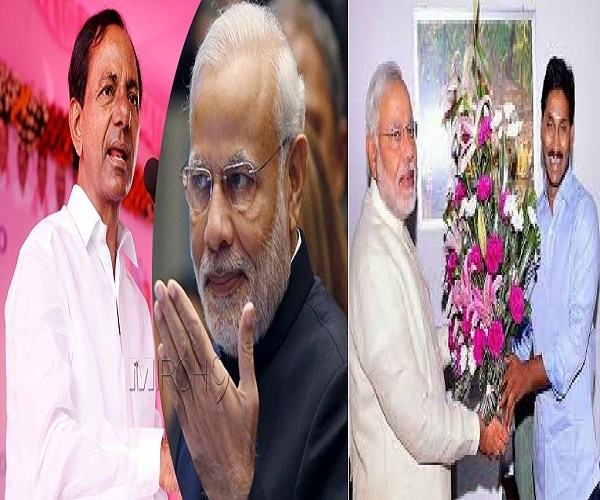 The YSRCP president, Jaganmohan Reddy, has not inherited a bed of roses and the path he has to tread will be long and hard. Jagan will soon get back to work only to realise that his role as an Opposition leader was cool.

All it required all these days was attacking Chandrababu Naidu every single day for his omissions and commissions. Now he needs to ponder over all the promises he has made and seek the finances to implement the same.

If that itself is a big challenge in view of the revenue constraints of the State and the deficit budget that dogs it, he has in addition to take care of the requirements of mega projects like Polavaram and Amaravati, the capital.

One thing perhaps has gone wrong for him – the majority that the BJP has secured on its own in the Lok Sabha. The party which has swept the polls in the country does not need any allies.

In fact, it perhaps, does not even know what to do with its existing allies like Shiv Sena. The BJP or Narendra Modi is least obliged to anyone and need not bother about Jagan. Of course, as the party now plans to occupy the political space vacated by the TDP as soon as possible, it might come to the rescue of Jagan financially.

Of course, Jagan does not need to support anyone, as he planned to, for the sake of the Special Category Status (SCS) too. That need would have arisen only in case of a shortfall in majority. He has to push the demand under the carpet now and seek to deal with the BJP leadership on his own. How effective he would be is to be seen. One of the biggest challenges for Jagan will be in completing the Polavaram project.

Chandrababu Naidu has taken much flak for the delay in the completion of the project due to non-cooperation of the Centre. Jagan Reddy has never openly criticised Modi. It was always felt that he was working hand in glove with Modi against Naidu. Can he use the goodwill for the development of the State? Similarly, a question mark hangs over the fate of Telangana too.

The BJP has its own plans for Telangana. Will it cooperate with the ‘non-BJP and non-Congress’ K Chandrashekar Rao who sought to form a federal front for greater autonomy and finances to the State. Chandrashekar Rao had grand plans of playing a national role (some even suggested that he wanted to be the Deputy Prime Minister if his federal front were to come to power).

Of course, his ambitions would not be fulfilled now. What could be his strategy and how would he cope up with the Centre now? Interesting to watch will be the role of the Centre vis a vis the two Telugu States. #KhabarLive