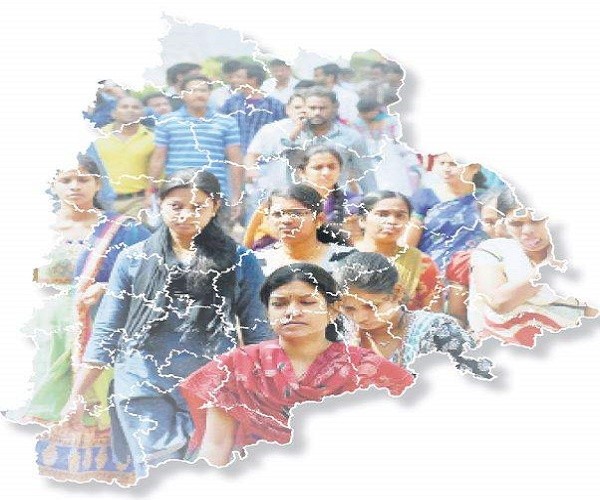 The new zonal system has been cleared by the President, but what does this mean for the unemployed youngsters and government employees of Telangana? First, the system will give Telangana natives more opportunities in government jobs as 95 per cent posts will be reserved for them. That is, for whose who have lived here for four consecutive years during their education from first to seventh standard.

The employees too will get promotions and they would be able to work in Hyderabad in future. Working in Hyderabad was denied to certain categories of government employees in the past. 95% of government jobs will be reserved for locals .Reservation in all district, zonal and multi-zonal posts to be uniform.

WHAT IS ZONAL SYSTEM?
The zonal system was first implemented in combined Andhra Pradesh by way of inserting Article 371 (D) in the Constitution through 32nd amendment on July 1, 1974. The amendment was a follow up, when Telangana youths cried foul over Andhra Pradesh people taking away majority of government jobs in Telangana area too. The Article 371 (D) and Presidential Order was needed to protect of jobless youths. It was for providing equitable opportunities to the people belonging to different parts of the state.

WHY IS ZONAL SYSTEM REQUIRED NOW?
There were six zones before bifurcation of the State. After bifurcation, four were in Andhra Pradesh while two were in Telangana. Initially, the Telangana government considered scrapping the zonal system as Andhra Pradesh had been separated. However, it was continued based on requests from employees and others. “If zones are not created, people of backward districts like Adilabad, Komuram Bheem and Jayashankar Bhupalpally district may not get government jobs and their jobs would be taken away by the youths in other districts like Warangal and Nalgonda,” a senior official explained.

It means that the non-locals used to get reservations in district (20%), zonal (30%) and multizones (40%). Any citizen in India can apply for these open category posts, provided they know the local language.In the new zonal system, reservation in all district, zonal and multi-zonal posts will be uniform 95:5. The open category posts are now limited to just five per cent, benefiting Telangana youths.

ALSO READ:  Who Will Be TRS Party's Floor Leader In Lok Sabha?

RECRUITMENT
Earlier, the recruitment for posts like MPDOs and deputy Tahsildars was done at state level and used to give postings at district level. Now, in zonal system, these posts will be recruited district-wise and postings will be given state-wide.

STATE POSTS
Unlike in the old system, there will be no direct recruitment for State cadre posts. The state cadre posts will be filled by giving promotions to the employees in multi-zonal posts.

YOUTH TO BENEFIT
In the past, if 100 posts were notified in erstwhile Adilabad district, majority used to be grabbed by youths in relatively developed Nirmal and Mancherial. Now, the government created Asifabad, Eturunagaram and Mulugu districts. The youths in backward areas too will get jobs, former TNGO president G Devi Prasad explained. #KhabarLive