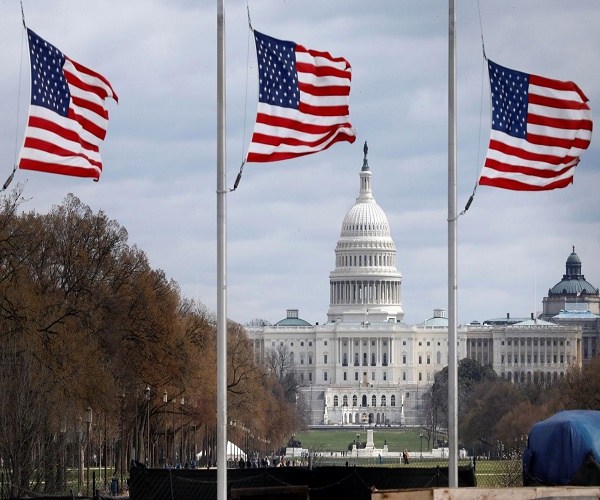 Indians’ “American dream,” in jeopardy ever since the rise of Donald Trump, has already soured further in the first few months of 2019. A series of measures taken by the US administration has ensured that the hopes of securing the much-sought-after H-1B visas became tougher—not just for techies, its biggest beneficiaries, but also their spouses and kids. Even students who aspire to attend colleges in the US, home to seven of the world’s top 10 colleges, are disheartened.

These recent measures include the finalising of a draft rule to revoke H-4 visa holders’ right to work and tweaking the H-1B visa rules to favour advanced degree holders from US colleges.

“The attacks on the H-1B programme is the administration’s engineered way to attack Indians, just as the attacks on the asylum law and DACA (Deferred Action for Childhood Arrivals) revocation were engineered to attack the Latino community and the travel ban the Muslim community,” said Hassan Ahmad, immigration lawyer and advocate, and political candidate for the house of delegates in the US state of Virginia.

While a majority of Trump’s arguments rest on his agenda of “America First” and bringing jobs back to the country’s citizens, experts feel the clampdown isn’t all black-and-white. There is a significant shortage of qualified STEM (science, technology, engineering, and mathematics) workers in the US and Indians, among other talents from abroad, help employers fill this gap.

Curbing immigration of such talent could end up hurting America’s firms and economy. And many say that the struggle has already begun.

“Engineering talent is so scarce it makes little sense to cap the applications, especially when you consider the majority of slots are quickly snapped up by large consultancies, leaving startups and smaller businesses at a competitive disadvantage,” Colin Earl, CEO of software provider Agiloft, told #KhabarLive.

In 2018, the rate of H-1B approval dropped to 85% from 96% in 2015, and the rate of delays due to increased requests for evidence (RFE) by the US citizenship and immigration services (USCIS) shot up to 60%. The increased paperwork and scrutiny to get an H-1B visa also pushed up the costs associated with hiring foreign workers and led to heightened uncertainty.

“Business owners cannot plan around foreign workers…A lot of companies are instead hiring candidates who are citizens or have green cards,” said Abhinav Lohia, director for southeast Asia and middle east at CanAm Investor Services.

Already, experts have warned that America’s hostility might push foreign workers to seek opportunities elsewhere, particularly in neighbouring Canada. “The process (to get a work visa in Canada) takes a much shorter period for approval than in the US, and it offers a path to permanent residency,” said Earl of Agiloft. In Canada, eight in 10 applications for skilled workers are processed within less than six months.

Also, Japan is now offering permanent residency to skilled professionals within a short one to two years. And the European Union has also opened its doors wider for Indian tech talent. In addition, opportunities back home in India are aplenty, too.

Spouses are stuck
On Feb. 20, the department of homeland security (DHS) delivered its draft rule on revoking the H-4 employment authorisation document (EAD), which allows spouses of H-1B workers awaiting green cards to work in the US for the last four years, to the office of management and budget.

If this right to work is revoked, it “would make it impossible for some 100,000 individuals to continue working in the US, despite the fact that they already have an approved green card petition,” said Doug Rand, co-founder of Boundless Immigration, a technology company that helps families navigate the immigration process. Rand worked on the 2015 H-4 rule as assistant director for entrepreneurship in the Obama administration.

ALSO READ:  The Secrets Of Rich And Famous Writers

Indians held nearly 80% of the 125,000 H-4 visas issued in 2015, and women account for 90% of all the dependent visa holders. “Taking away the H-4 EAD will take away a paycheque from a family. This may result in people not being able to meet their mortgages and lose their house,” said CanAm’s Lohia. “Some H-1B candidates gave up their visa and moved to H-4 to start their own companies; they will no longer be able to manage their businesses.”

As for whether these individuals are taking jobs away from American workers, “for all practical purposes, they are American workers,” Rand said, calling them “Americans-in-waiting” since their green card sponsorships are approved but the wait for it to come through lasts well over a decade.

Students suffering
The order of the H-1B lottery was recently flipped to prioritise visa applications from people who hold advanced degrees from American universities. At the undergraduate level though, getting hired seems near impossible now—unless the student finds an alternative route to the H-1B.

“In some cases, candidates on optional practical training (OPT) visa are getting hired if they can show that they will not need sponsorship in the near future, that is, a green card application is pending based on family sponsorship or a pending EB-5 visa application,” Lohia said. Under the EB-5 visa category, the US grants permanent residency to foreign nationals who invest a minimum of $500,000 (around Rs3.5 crore) into the country.

But these are not feasible options for all. Already, fewer foreign-born students are enrolling in US universities because of the bleak job prospects.

Also, experts argue that the emphasis on US-educated master’s graduates is not going to surface prime talent. “After all, three of the top 10 universities in the world are outside the US–including the top two,” Agiloft’s Earl said. “The US should seek the best talent with the best degrees–that’s how we will drive the best economy in the years to come.”

Anyone but H-1B?
In the short term, US citizens and green card holders stand to gain as the job opportunities at the entry-level are more available to them. Also, migrants using any visa other than the H-1B don’t have much to lose, experts said.

“…talents that do not depend on H-1B petitions and apply for the O-1 visa (for extraordinary talent)” have a guaranteed spot if they fulfill the criteria, PassRight’s legal team explained. “There is also no lottery and the visa processing time is much shorter.”

Indirectly, promoters of the EB-5 investor visa will gain, too.

This is already evident from the current trends. “A lot of students in international schools in India who are already admitted in American colleges are increasingly filing EB-5 visa applications to avoid the H-1B visa,” said Lohia. “There is also a rise in EB-5 applications being filed by H-1B and H-4 visa holders.”

Ultimately, it’s in the US’s best interest to keep its arms open towards talent from abroad, though.

“A lot of new jobs are created by immigrants and 51% of the large tech companies have been started by first-generation immigrants. These companies have created thousands of jobs and added tens of billions of dollars in economic activity,” said Rohit Mittal, CEO of Stilt, a company that facilitates loans for immigrants, non-US citizens, international students and other visa holders. “If immigrants are not welcomed with better policies, only the US will lose.” #KhabarLive