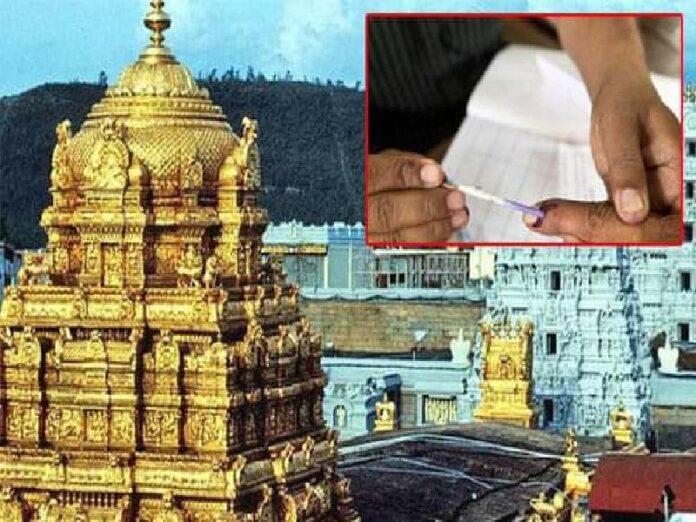 With electioneering the Greater Hyderabad Municipal Corporation done, the focus is shifting to the Tirupati Lok Sabha byelection.

The fact that this bypoll will be the first after Chief Minister YS Jaganmohan Reddy stormed to power will by itself make it important, and no doubt a matter of prestige for all the political players in the State.

To show that there is no anti-incumbency against him, Jagan would not only have to win the seat held by the late Balli Durga Prasad Rao, but win by a bigger margin.

Balli had been a TDP loyalist since the time of NT Rama Rao in the 1980s, and had been among the first batch of TDP MLAs. To get the TDP ticket, he had sought help from a senior leader from his native Nellore district, Nallapureddy Srinivasulu Reddy.

In later years, Balli had to face stiff competition from Prasannakumar Reddy, the son of Srinivasulu Reddy.

Balli’s sudden demise has now necessitated the bypoll, an election that the cash-strapped YSRCP Government could ill afford.

The debt burden is rapidly increasing and the State Government is leaving no source untapped in its search for funds — be it grants or loans.

Jagan has been mostly relying on his populist schemes that involve spending thousands of crores of public money to endear himself to the citizens and this may well carry the YSRCP over the finish line in the bypoll. However, the debt burden of the state now hovers around the Rs 3 lakh-crore mark, which basically means that a debt burden of Rs 85,000 on every citizen of Andhra Pradesh.

Ideally, the taxpayers money should be used to create assets for the State and this should be the goal of every government.

Has this been happening in the State?

This question has been figuring on an increasing regularity in discussions in public domain and includes beneficiaries of populist schemes.

How far such value-based and thought-provoking discussions could influence the electorate, particularly at the time of going to vote, is a question that few would dare to answer.

Coming to the Tirupati bypoll, the YSRCP appears to be well placed in the driver’s seat.

Tirupati had been represented by Chinta Mohan of the Congress for nearly two decades and his surprise inclusion in the PV Narasimha Rao Cabinet almost three decades ago is still a vivid memory. The dignitaries present at the swearing-in ceremony in Ashoka Hall of Rashtrapati Bhavan on June 21, 1991 were stunned when Chinta Mohan was included in the list, along with prominent economist and former governor of the RBI, Manmohan Singh. This time around, it’s not even clear if the Congress would contest the bypolls.

Tirupati voters had handed a resounding defeat to Panabaka in 2019, and she is hoping that the electorate has had time to introspect and have some misgivings about their earlier choice.

Balli’s family members have been denied the ticket by YSRCP supremo, who is said to have finalised the name of Guruswamy, his physiotherapist.

The YSRCP will undoubtedly claim that the family of the late MP is not interested to contest for the seat, and this may sway the voters towards Panabaka.

Dr Guruswamy’s most notable contribution and service to the party was to extend his services as physiotherapist to Jagan during his 3,000+ km long padayatra that literally handed YSRCP power in last year’s General Elections.

Coming to the BJP-Jana Sena combine, it may be mentioned that the BJP had won the seat two decades ago with the support of the TDP and has its own chunk of supporters.

While the BJP hasn’t named its candidate, rumours doing rounds say that a former bureaucrat is on the party’s radar. This retired bureaucrat has already started his campaign on social media.

But at this crucial juncture, Jana Sena president Pawan Kalyan is said to be eyeing the seat, saying that the BJP should leave Tirupati for the Jana Sena as reward for his unconditional support to the saffron party in the GHMC elections.

Under these circumstances, it would be interesting to see who has the last laugh when election day comes. #KhabarLive #hydnews