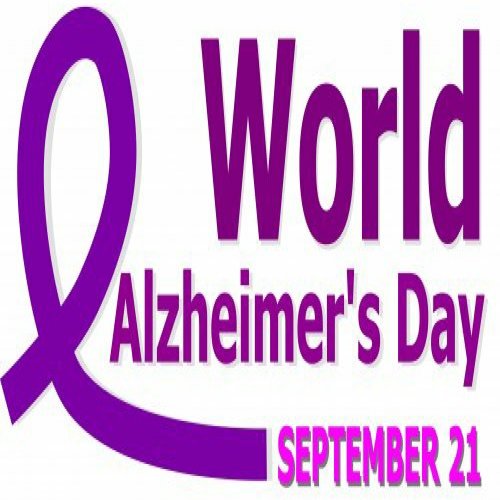 There are some excellent ways in which we can make life better for those elderly living with Alzheimer’s and create an impact in thier lonely lives.

As a part of this explanation, here is a story which makes you more confident in this noble decision.

That was, sometime in 2016, Yashoda, then 86, suddenly stopped taking her hypertension medicines. She seemed to have lost all interest and purpose to live.

Yashoda’s son had just sold off their small family flat and moved into a larger one in a posh residential complex in Hyderabad. Soon after, he relocated abroad. Yashoda was left to live all by herself in a neighbourhood where she knew no one. Her two daughters had their own busy lives, and called on their mother as often they could.

It was during one such visit that one of her daughters, Chandra Sampath, sensed something that was not right. The otherwise calm Yashoda was irritable, confused, and forgetful, getting into fits of arguments, and having severe headaches. Chandra discovered that Yashoda had stopped taking her medicines — there were three month’s worth stuffed in the closet. Weeks later, Yashoda was diagnosed with Alzheimer’s Disease.

“Mom probably felt lonely. She might have been missing her long-time neighbours and the family. The little human contact she had then might have made her lose all interest to carry on,” said Sampath over phone. “While dementia causes isolation, it might also be triggered by loneliness among other things,” she said.

Dementia throws one into an abyss of isolation and loneliness. It has various kinds and Alzheimer’s is the most common. It makes us forget things, usually recent information, making us dependent for little things, and affects our thinking and behavior. The diagnosis is life changing, but when friends and relatives stop calling or checking in on you, exclude you from social events for the fear of embarrassment, the condition worsens. For those living with dementia, this translates into a feeling of unworthiness, exactly opposite of what they should be made to feel.

To put things in perspective, according to data from Alzheimer’s Disease International (https://www.alz.co.uk/research/statistics), one person develops dementia every three seconds across the globe. In 2019, over 50 million people worldwide were living with dementia, and this number will almost double every 20 years, reaching 75 million in 2030 and 131.5 million in 2050. Much of the increase will be in the Asia Pacific countries, including India.

ALSO READ:  Can Alternative Medicine Work Against The Coronavirus?

Those diagnosed with Alzheimer’s don’t have to live a life of isolation. Yashoda, now 90, is thriving in a residential dementia care centre in Bengaluru. The nurses take good care of her and she follows a routine. In the last few months, during the pandemic, her children interacted over video chats. “She has never been better,” her daughter said.

All of us have felt isolated at some point during this Covid-19 pandemic. It is perhaps felt even more by those who already feel left out or isolated. It’s high time we understand how we should evolve our social communication and build a safety net for Alzheimer’s patients. Here are some ways in which we can make life better for those living with Alzheimer’s.

When interacting with someone living with any form of dementia, remember there are some things that this person will not be able to do, but there’s so much that’s still there and this needs exploring. Nilanjana Maulik, National Coordinator and Secretary, Alzheimer’s and Related Disorders Society of India (ARDSI), says, “The basic premise is to believe the person is still the person he or she was and it’s up to you (as a caregiver) to bring that out, focusing on the person rather than the disease.”

Spending quality time is the foundation of any good relationship, and it’s no different with those who live with dementia. Your attention means a lot to them. So when spending time with them, give them your entire attention.

Speak even if they are not verbally responding. Talk about your day and life, ask questions, ask about the things they love and like – movies, books, favourite people, family, friends. If they speak, listen. Don’t correct them if they are wrong. Feel and share the emotion.

Continue to have fun

ARDSI has been running day care centres, all currently closed because of Covid-19, for dementia and Alzheimer’s patients. “In Hyderabad, that’s a place where people come to have fun; we have food, music, explore different forms of arts and crafts; we go for walks, to places of worship, and usually have a lot of fun,” said Maulik. The goal is to make them feel that they are part of our everyday life, love and laughter, that they are precious to us.

As the environment around us affects our mood and behavior, having a positive ambience helps people with dementia. Disperse tensions, involve them in the daily chores, and help them stay independent.

Dementia is degenerative and its speed depends on several factors including how meaningfully engaged they are in their daily lives. Maulik explains ‘meaningful’ with an example: Some of them need to practice their signatures. Instead of telling them to ‘practice the signatures,’ request them to sign a picture, a painting they did or a letter they wrote; this will add value to the task and will make them feel important.

Help them stay active and socialise

Like everyone else, a walk in the park is invigorating for a person living with dementia, though they may need certain safety precautions. Exercise and physical activity helps slow down the degeneration. In Choosing Joy: Alzheimer’s: a Book of HOPE, author Helene Berger records how they evolved a support system after her husband was diagnosed with Alzheimer’s a few months after their fiftieth anniversary. They routinely went for dinners with close friends and other social events. In an email Berger told #KhabarLive, “I began to consult my husband, Ady, asking if the function was one that he wanted to attend. I increasingly included him in almost all decision making. Because the decisions were his, he owned them and did not rebel. He sometimes encouraged me to go to an event and felt happier staying at home. Of course, he was never left alone.”

Choosing the right social event is equally important. Berger says, “We must choose events wisely before determining social plans — asking ourselves ‘Is this a setting that will nurture or overwhelm?’”

In her book, Berger demonstrated that expressing annoyance at Ady’s behaviours only took them downhill, and she learnt that it helped neither. She soon found her magic formula: “In all situations, even when I observed inappropriate behavior in public, I learned never to respond with anger or annoyance but always with openness and truthfulness gently explaining how that behavior made me and others feel. With these open discussions, that always began with loving words, the inappropriate behavior slowly vanished.”

It takes a lot of patience and practice, but it’s absolutely worth it, she said. “The more we can give our loved one’s simple kindness, compassion, encouragement, support, respect and love, the more they will maintain their dignity and the more fulfilling life will be for each of you.”

“Like everyone else, a walk in the park is invigorating for a person living with dementia, though they may need certain safety precautions.”

Be patient, be kind

Wendy Mitchell, who lives by herself in a riverside cottage in Yorkshire, was diagnosed with young-onset Alzheimer’s at 58. After the diagnosis sank in, she slowly designed for herself an independent lifestyle, wrote a book, and posts daily on her blog, which she says is her extended memory.

She said over an email, “Treat me with the same respect you would want to receive. I am a human being just like you. It’s just that certain parts of my brain don’t work or falter. Talk to me like you would anyone else, but have patience. Don’t be afraid of silence when you ask us a question as we need time to think and respond. Don’t rush us as it will confuse us. Be patient, be kind and smile. We may not be able to do some things but there’s still so much we CAN do, so focus on the CAN not the CAN’T. We all had talents before a diagnosis of dementia, we don’t suddenly lose them overnight when we’re diagnosed. We just need the help and support of those around us to carry on doing what we love.”

It’s not the end

“Enable us don’t protect us. The more we keep ‘doing’ the more stable we will be,” Mitchell writes, and she has proof. Last year, in 2019, she received two honorary doctorates from Hull and Bradford Universities, for all the work she does with them, supporting their research and going around the country to inform people that dementia isn’t the end but the beginning of a different life. “I do lots of work with these universities, talking to students, giving lectures and making videos to help them understand dementia better. I wasn’t clever enough to go to University when I was young, but to be honoured now shows how you should never give up on yourself. No matter what your circumstances, you still have something of value to offer others,” she said.

This World Alzheimer’s Month, let’s promise to be more mindful about those living with dementia and Alzheimer’s, and remember that they still have their magic if only we could learn to embrace. #KhabarLive #hydnews