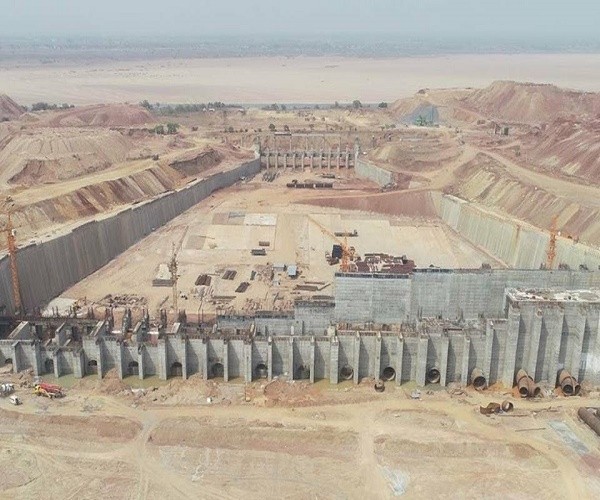 Kaleshwaram Lift Irrigation Scheme of Telangana is said to be the world’s biggest irrigation project that is set to end water woes of the state where many regions are parched.

Kaleshwaram Lift Irrigation Scheme of Telangana is said to be the world’s biggest irrigation project that is set to end water woes of the state where many regions are parched. In a state that accounts for the second highest number of farmers’ suicides after Vidarbha in Maharashtra often because of poor monsoon rains or lack of irrigation facilities, the project holds the potential to change this tragic tale of Telangana. The gigantic irrigation project will also help Telangana Chief Minister K Chandrasekhar Rao fulfill one of his biggest election promises to farmers – irrigation facility for all.

Here are all you need to know about the record-breaking Kaleshwaram Lift Irrigation Scheme:

– Kaleshwaram Lift Irrigation Scheme is worth Rs 80,000 crore. This is the costliest irrigation project undertaken by any state of the country so far.

How Kaleshwaram irrigation project will source and distribute water

– Kaleshwaram irrigation project will harness water at the confluence of three rivers with Godavari. For this, a barrage is being constructed at Medigadda in district Jayashankar Bhupalpally. From here, the water will be reverse-pumped into main Godavari and diverted into a huge and complex system of reservoirs, water tunnels, pipelines and canals, reports The Indian Express.

– Kaleshwaram irrigation project is divided into seven links and 28 packages. This will require digging up of 20 reservoirs in 13 districts, which will have the total capacity of holding 145 TMC water. All these reservoirs will be interconnected through a network of tunnels running through around 330 kilometre.

– The longest tunnel will be 21-kilometre long and connect Yellampalli reservoir with Medaram reservoir.

– The canal network under the project will cover 1832 kilometre, taking water as far as 500 kilometres from the source.

– The highest point of the project will be the Kondapochamma reservoir in Gajwel at a height of 650 metres from main sea level where water will be lifted.

– Starting in the first week of August, the Kaleshwaram irrigation project will create a world record when 139 MW mammoth pumps will start lifting 2 thousand million cubic feet (TMC) of water daily. The 2 TMC water will be pumped into two barrages – Annaram and Sundilla. From here, the water will go to Yellampalli reservoir. The distribution of water will begin from Yellampalli through gravity canals and pipelines.

– The water required for this will come from Medigadda Barrage through a 14.09 kilometre underground tunnel, which is longest irrigation tunnel in the world.

– The cavern and surge pool, from where the pump would operate, also holds the world record with a capacity of holding 2 crore litres of water.

– Telangana irrigation minister T Harish Rao told KhabarLive that by Dussehra this year, 120-km long link involving tunnels, canals and pumps between Medigadda and Mid Manair reservoir would be ready. With this, 50 per cent of the project will be finished. #KhabarLive