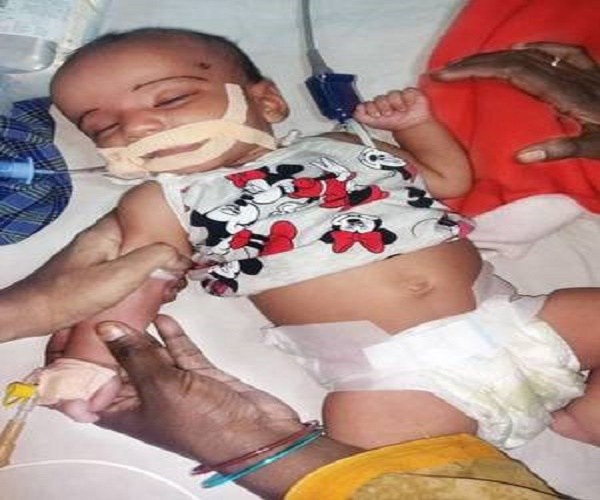 The sheer case of medical negligence turned the tragic mass infant illness and a death reported in Hyderabad Niloufer Hospital in Nampally area. As the doctors wrongly prescribed and administwred the medicines and vaccinations on new infants.

As doctors, staff and local politicians walk in and out of the ward, 32-year-old Amjad Hussain, leaned against the wall, fidgeting with his phone anxiously waiting. He said he was hoping that the doctors would approach him and give an update about his 40-day old infant’s condition. Amjad’s baby is among the 32 infants who are currently under critical observation at Niloufer Hospital in Hyderabad on Thursday after a vaccination procedure given on Wednesday at the Nampally Urban Health Centre went horribly wrong. While initially 15 children were admitted at the hospital, by evening the number had spiked to 32. One-and-a-half month old Sheikh Faizan, had succumbed on the way to the hospital on Thursday morning and was declared dead upon arrival. Another baby too died on Thursday.

ALSO READ:  Getting Rich At The Cost Of Sick: Secrecy Of Treatment And Shocking Bills

On Wednesday, several infants were administered with pentavalent vaccine which provides immunity to a child from 5 life-threatening diseases – Diphtheria, Pertussis, Tetanus, Hepatitis B and Hib as part of routine immunization programme. According to authorities, a total of 92 kids were given this vaccination. As part of protocol, the children were also given paracetamol in order to prophylactically avoid any fever which may develop.

But according to a few doctors who were treating the infants at Niloufer, the health centre had given doses of opiod painkiller Tramadol, instead of paracetamol. Since the packaging of the two medicines were similar, Tramadol, an opioid prescribed as a painkiller in adults, and for children above two in small doses, was given to infants. (The hospital has however not come on record with their findings and are waiting for the government inquiry to get over).

Shortly after being given the medicine, the babies all became drowsy, with several appearing to have gone into a deep slumber, causing great worry to the parents.

After Sheik Faizan was brought dead to Niloufer hospital on Thursday at around 10.30 am, authorities at Nampally Urban Health Centre were alerted about their ‘wrongful’ vaccination routine. Following this, they immediately rang up the parents of other infants asking them to rush to the Niloufer hospital with their children.

“My wife got a call at around 11 am from Nampally Health Centre asking to immediately take the baby to Niloufer hospital, they disclosed that something went wrong with the vaccination,” recalls Amjad. “It’s been more than six hours but the doctors didn’t give me an update,” he says anxiously.

“I just hope that the baby recovers soon,” he sighs.

Amjad is surrounded by other victims who share the same grief. Durga’s 3-month-old daughter, Bhargavi is also availing treatment at the hospital. “She is my only daughter, I never anticipated that doctors would commit such a blunder. Their mistake has endangered my kid,” she says.

Demanding strong action against the erring doctors, Jayashree, a resident of Aghapura says, “Those responsible for the incident should be arrested. We have been sitting here worried for more than 10 hours, because of these erring doctors.” A complaint was registered at Habeebnagar by one of parents.

Meanwhile, Niloufer Hospital Superintendent, Murali Krishna speaking to media said that among the 32 infants, three of them are critical and have been placed on ventilatory support. “The condition of the infants is stabilizing. All of them have been put under an ICU set up. We have to monitor them strictly for the next 48 to 72 hours until the drug’s effect comes down.”

While he too declined to give further information regarding the exact condition of the babies and the cause behind the same, he did say that an “antidote” called ‘naloxone’ was being administered to the babies. Naloxone is the drug of choice to counteract (reverse) the effects of opioid poisoning. #KhabarLive