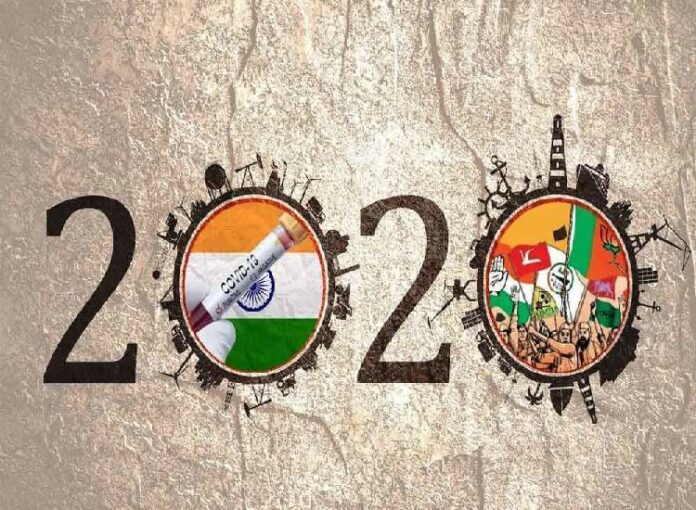 Year 2020 is now history. It was a year that wasn’t. It was a year where the world order changed and life came to a standstill. Many had lost their lives or loved ones. The world was under lockdown for a long time. Physical meeting and touching had become scary. The invisible virus played havoc with the world order.

It had invaded into the freedom of mankind. One could not breathe or speak freely as nose and mouth had to be kept covered with a mask. The economy across the world was badly affected. Games and celebrations whether it be weddings or birthday parties got postponed. Students’ education got affected.

The worst affected industry during the lockdown was the hospitality industry, tourism and airlines. Health crisis turned into economic crisis. Unemployment levels reached a new high and there were large scale layoffs and salary cuts. In short, it was a gloomy year. But then there was good in the gloom. As the year came to an end and the intensity of coronavirus started reducing, interesting developments on the political front have started taking place.

Power struggle is on in West Bengal and the BJP-led NDA government is gearing for ‘one nation one election’. The saffron party is trying harder and harder to expand its footprint in South. It had made some progress in Telangana. It wants to get foothold in Tamil Nadu as well. It also apparently succeeded in reforming the thought process of the Chief Minister of Telangana who thundered saying that he would take on the BJP as it does not have any vision and a political change at national level was the need of the hour and that he would take the lead.

Something serious apparently transpired between K Chandrashekar Rao and Prime Minister Narendra Modi during their recent meeting in Delhi. Rao has not only decided to put the proposed ‘federal front’ on back burner but also took a ‘U’ turn after seriously criticising the Central farm laws and calling for an official State bandh saying that it marked its fight against the Centre. Before last kharif season, Rao spoke very high of regulated farming. He said, “We have come up with idea with clear vision of the future.”

He claimed that it would bring revolutionary changes in the agriculture sector in the State and that it was not just designed for a particular season or crop. He also promised to create market facilities for all crops prescribed by his government and said that all these measures were meant to make cultivation profitable business. These measures he said were something no other State or even Central government ever thought of.

But on Sunday he held long discussion with the same officials who hailed Chandrashekar Rao’s decision of regulated farming as a visionary measure. Now the government suddenly realised that what the Centre said in the farm laws was correct. Today’s argument is that sale and purchase of crops is not the responsibility of the government. The government is not a business organisation or a trader.

Why this change of heart Sir ji? Modi, ever since the pandemic broke out, has been going for a makeover by growing hair and beard but it is surprising that he could bring a change of heart in the thinking of the TS government so fast. Kya Baat Hai? Anyhow, let’s get ready to welcome 2021 with a clear mind that politicians will never change. What seems to matter the most is not people but retaining power. #KhabarLive #hydnews