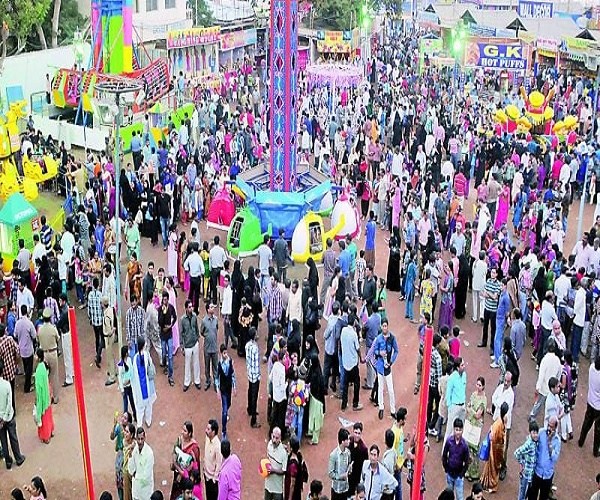 There is bad news for exhibition-goers or any public places in Hyderabad. Those who visit the ongoing All India Industrial Exhibition in Hyderabad and other public congregations have now to be careful due to ‘Swine Flu: risk.

The doctors of Gandhi Hospital after examining the patients declared that five persons including three women from Hyderabad are suffering from Swine Flu. And this disease will spread like wild fire in public places.

The doctors have issued an advisory that all those who visit public places including the exhibition should take precautionary measures.

The doctors of Gandhi Hospital have also told that Swine Flu will be at its peak between the period, November-January. With the increase of intensity of Summer, the influence of Swine Flu gets weakened.

Superintendent of Gandhi Hospital, Dr. Shravan Kumar advised the residents of Hyderabad to refrain from going to public places. If they find any of the symptoms of swine flu, they should consult the doctor immediately.

It may be mentioned that old persons, women and children get Swine Flu mostly.

He advised the people to prefer remaining at home if any of the symptoms are detected. Washing hands repeatedly can avoid Swine Flu. #KhabarLive