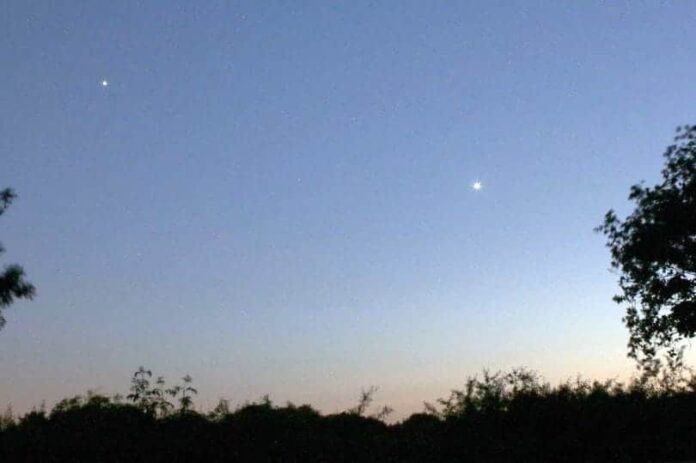 You can spot five planets along with Moon on Sunday that is 19 July 2020. According to a reports, planets Mercury, Venus, Mars, Jupiter and Saturn along with the moon can be spotted in the sky without any equipment.

At what time you can spot these 5 planets along with Moon?

We need to wake up atleast an hour before the sunrise and watch the sky. It is advised that to keep a watch from at-least from 4:30AM onwards.

How long this spotting last?

According to a report published on CNET, one may be able to see the sighting until 25th July 2020.

If in case you missed this spotting, the next opportunity to watch five planets along with moon will be during June 2022.

The sight will be visible in both the northern and southern hemisphere. From south of the equator, Hunt notes, Mars is in the northwest rather than the southeast.

You can also watch this in “Google Sky, Night Sky, and Star Walk are apps that may help early risers locate the planets in the sky,”.

Jeffrey Hunt is an astronomy educator has written about this sighting on his blog post.

Hunt also share some tips on how to identify these planets. He mentioned that they look like overly bright stars. Venus is low in the east-northeast. Mars is the only star in southeast, and Jupiter and Saturn are the starts in the southwest. Venus, he says, will “blaze in the eastern sky.”

The thin crescent moon will be very low in the east-northeast part of the sky, and will only be about 1 percent illuminated. Mercury will be to the right of the moon, Mars will be about halfway up in the sky in the south-southeast, Jupiter will be just above the horizon in the southwest, and Saturn will be to the upper left of Jupiter. #KhabarLive #hydnews