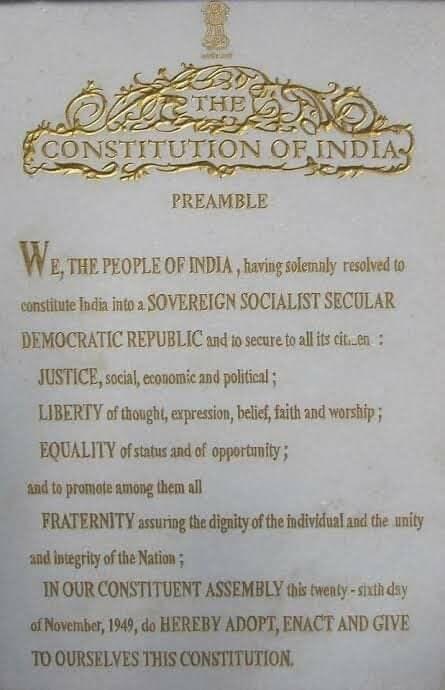 Students from various universities across India and various youth groups gathered at Hyderabad University premises on January 1 to make their new year’s resolution — to save the Indian Constitution.

The pledge is the collective commitment of over 50 student organisations, including student unions, which came together to form the Young India National Coordination Committee, a student-led campaign against the Citizenship Amendment Act (CAA), National Registry of Citizens (NRC), and National Population Review (NPR). “We will observe the first day of the New Year as a beginning of a year of struggles for rights and dignity of the people of this country. We will observe the day with the slogan: ‘New Year’s Resolution – Defend Constitution,” the Young India National Coordination Committee said in a statement.

“We aim to make this a student-led movement against the unconstitutional and undemocratic CAA. We want the government to take this law back,” said Kawalpreet Kaur, the Delhi President of the All India Students’ Association (AISA).

N Sai Balaji, the National President of the AISA added, “We are giving the government an ultimatum until the January 26, Republic Day. If the government fails to act before that, we will declare a nationwide movement.”

At the launch of a campaign ‘Young India against CAA-NRC-NPR’ last week, students from Delhi University, Jawaharlal Nehru University, Jamia Millia Islamia, Aligarh Muslim University, and Ashoka University came out to speak against the police brutality inflicted on protesters.

Chandan, a student from Jamia Millia Islamia who sustained injuries on his head after the police crackdown on the campus, said “They didn’t hit us to preserve law and order or to disperse us. Their intent was to kill us.”

Rahul Chhetri, the general secretary of the Dibrugarh University Students’ Union said, “You may shoot us, you may beat us, you may kill us, but we will continue to resist. A 10th grade student was murdered by the police, is this the new normal? We will make our voices heard by the central government. We defeated the Mughals 17 times, this time we won’t hesitate to defeat the Modi government.”

Hengam from Rajiv Gandhi University, Itanagar, Arunachal Pradesh said, “Does the government realise that they are putting the culture and heritage of the north east in danger? I take this pledge because I don’t want to be a minority in my own state.” #KhabarLive