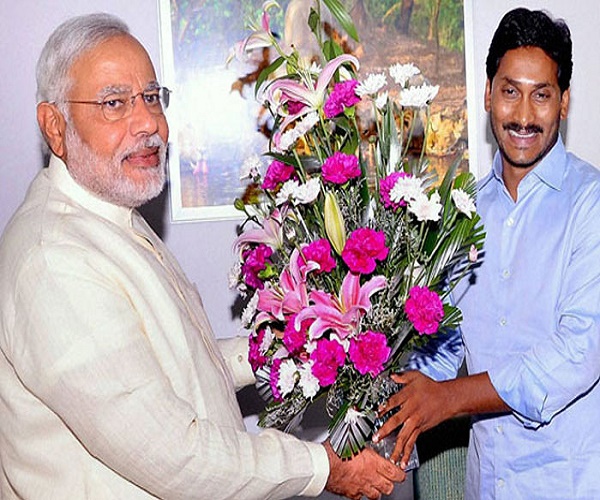 As voices demanding Special Status to Andhra Pradesh grows louder, the YSR Congress Party (YSRCP) has decided to move a no-confidence motion against the NDA government at the Centre during the Parliament session beginning March 5.

With the BJP government enjoying absolute majority in Lok Sabha the central government is under no threat of collapsing. Furthermore, Andhra Pradesh has only 25 MPs, half of what is required to move the motion.

Why then are the parties gearing up for the move?

A motion of no-confidence is a statement or a vote declares that a person or group in a position of power is deemed no longer fit to hold that position. The vote is carried out if the person or group have failed to carry out obligations or are making decisions that other members feel are detrimental. As a parliamentary motion, it demonstrates to the head of the state that the elected parliament no longer has confidence in the appointed government.

The Lok Sabha, till date, has witnessed 26 no-confidence motions. The first was moved in 1963, against the Jawaharlal Nehru-led government by socialist Acharya Kriplani. The most famous of the lot was in 1999 when the Atal Bihari Vajpayee-led NDA government had to resign after the government lost the vote of confidence by a single vote.

The Andhra parties are attempting to move the motion as the Special Status issue has now become a major political subject ahead of the 2019 Assembly elections.

As the main opposition party in the assembly, YSR Congress has nothing to lose and moving a no-confidence gives it the upper hand. It also puts the NDA and its partner TDP in the dock.

YSRCP has also announced that its MPs would resign on April 6 if the state is not granted Special Status. While the TDP is trying to play the move off as ‘drama’, the party knows that it cannot follow its rival and public perception is key ahead of the polls.

For Andhra chief minister Chandrababu Naidu and ally BJP, the pressure is to deliver on promises. Naidu has claimed that YSRCP is waiting for the TDP-BJP alliance to break so that they can join in. Therefore, TDP is taking every step with a lot of caution. Moving the motion or even supporting it would mean that the party’s cabinet ministers would first have to resign.

The CM has reasons for not supporting the no-confidence motion. Naidu explained, “The no-confidence motion will not carry any meaning as we will lose. If we just walk out of Parliament by resigning, things will not change. We are protesting on the floor of the House to force them to honour promises. Congress says they support our fight but when their only MP KVP Ramachandra Rao, raised protests, nobody objected and he was suspended. What can we expect from them?”

On the other hand, it could be a big opportunity for the Indian National Congress to attack the government. If INC goes ahead and moves the motion, the party can regain lost ground and might just out-play TDP and YSRCP. Congress president Rahul Gandhi has already voiced his concern over the Special Status issue.

Despite the move not affecting the government’s stability, should the BJP worry?

Political analysts argue that the success of a vote of confidence should not be measured merely by the motion’s defeat, rather how it plays out as a strategy. No-confidence motions have been moved in the past while debating an issue, while it did not defeat the regime, it did expose the government’s stance.

This particular vote is going to play out at a time when many states are going to polls and the general elections just a year away. The motion will work to draw political battle lines and help up the ante against the ruling BJP government.

“A no-confidence motion is an accepted and legitimate political strategy used by parties to mount pressure on the government, get focus on the issue and mobilise public opinion. A parliamentary debate is always a better option in democracy,” says political activist Jayprakash Narayan.

The no-confidence motion, if moved, will facilitate discussion on the implementation of the AP Reorganisation Act of 2014.

A Joint Fact-Finding Committee, formed by the various civil rights groups of the state, has been put together to clear the air on the disputed facts about the funds allocated to Andhra Pradesh and the current status of promises made in the Act.

Even if the numbers match up, it will be an opportunity to bring the regional issue to be debated at a national level. The question is, will other political parties like TMC, CPI(M), Shiv Sena, and TRS unite and invest their time for the sake of Andhra Pradesh.

The game, though, changes if CM Chandrababu Naidu decides to move the no-confidence motion. He would need to seek support from other political parties and the move might just lead to the emergence of a third front, united against the BJP. #KhabarLive