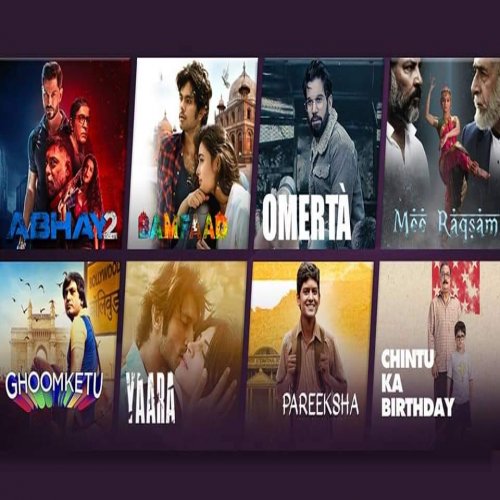 If you’ve been experiencing a lack of good content that satisfies your mind and soul, there’s good news. ZEE5 has added a curve to progressive cinema by bringing unconventional stories to the OTT platform.

Looking forward to a screening marathon with the family or even on your own? The ZEE5 streaming platform features some great picks, which tell real, heart-warming and meaningful stories. Here are some films and series that you can definitely add to your playlist.

If you’re seeking depth in your entertainment, you’re at the right place. Settle down on your couch to be entertained by the best actors in the game, such as Naseeruddin Shah and Rajkummar Rao, who bring these beautiful stories to life. If you’ve been experiencing a lack of good content that satisfies your mind and soul, there’s good news. ZEE5 has added a curve to progressive cinema by bringing unconventional stories to the OTT platform.

A child’s musical journey: Atkan Chatkan
Atkan Chatkan is a much awaited ZEE5 musical drama, releasing on September 5 on the streaming platform. Directed by Shiv Hare and presented by AR Rahman, its songs have been sung by major entertainment biggies like Amitabh Bachchan, Hariharan and Sonu Nigam. The plot revolves around Guddu, a chai-delivery boy played by child pianist Lydian Nadhaswaram, and his band of three friends who aspire to win a music competition.

This ZEE5 original, starring Vinay Pathak, Tillotama Shome, Seema Pahwa and Vedant Chibber, has been directed and written by Devanshu Singh and Satyanshu Singh. Released in June, 2020, the family entertainer sees things through the eyes of six-year-old Chintu as his father is determined to celebrate his son’s birthday despite living in a conflict zone. The film, which has impressed both critics and audiences for its simplicity, is set in the capital city of Baghdad, soon after the US-led invasion of Iraq. This positive tale of humanity resonates for its message of staying positive despite the grim times.

A dad who makes his daughter’s dreams his own: Mee Raqsam

Directed by Baba Azmi, Mee Raqsam is presented by Shabana Azmi and is a tribute to their late father and renowned poet Kaifi Azmi. Starring Naseeruddin Shah and Danish Husain in lead characters, the film is set in the small village of Mizvan and is about a young girl’s dream of becoming a dancer. Despite the community backlash to becoming a “dancing girl”, her love for Bharatnatyam is nurtured by her father, a tailor, who has lost his wife to a long illness. The heartwarming tale is a must-watch for its simplicity, wholesome storytelling and great performances.

A no-holds-barred unpredictable thriller, Abhay is a series that has only got grittier in Season 2 of this Zee5 Original. Starring Kunal Kemmu in the lead role as a sharpshooting cop, this dark and edgy thriller is not afraid to touch themes such as cannibalism, child abuse or honeytraps. In the second season, Abhay has to play by the rules of a criminal mastermind to free kids who have been kidnapped. The game has begun! Two new episodes of Abhay Season 2 release on September 4, featuring Ram Kapoor as a super villain, so it’s time you caught up on all the action that came before. Joined by Asha Negi and Nidhi Singh opposite Kunal Kemmu are Bidita Bag, Raghav Juval, Indraneil Sengupta and Asheema Vardhan in a never seen before villainous avatar. Chunky Pandey will be seen in his most challenging role yet.

Directed by Hansal Mehta and considered actor Rajkummar Rao’s best work, the Hindi film Omerta dives deep into the mind of a terrorist, taking dark turns and pulling the audience into the journey. The 2017 biographical crime drama tells the story of Ahmed Omar Saeed Sheikh, a Pak-origin terrorist with links to dreaded terror groups such as Al Qaida and who was behind the kidnapping and gruesome beheading of American journalist Daniel Pearl. The masterful handling of the theme and brilliantly shot scenes makes it a must-watch.

Yaara is a coming of age Hindi film of four friends that starts in the 70s and continues in the present day when the crimes of the past catch up with them as one of them gets arrested. Directed by master storyteller Tigmanshu Dhulia, it stars Vidyut Jammwal, Amit Sadh, Vijay Verma, Kenny D Basumatary and Shruti Haasan. The fast-paced 2020 Hindi crime drama, revolving around friendship and betrayal, filled murky land deals and gun-running is heightened by quirky characters and great performances.

This 2020 Hindi comedy-drama, written and directed by Pushpendra Nath Misra, tells the story of an aspiring writer who flees to Mumbai from a small town in UP to try his luck in Bollywood. Ghoomketu, an oddball character played by the stellar Nawazuddin Siddiqui, has 30 days to prove his worth. The self-deprecating humour strikes a chord with the audience and performances by Anurag Kashyap, Ila Arun and Raghuvir Yadav are worth watching out for. This fantasy world created on screen features cameos by Amitabh Bachchan, Ranveer Singh and Sonakshi Sinha.

A father who is ready to fight all odds: Pareeksha

This 2020 Hindi drama tells the story of a humble rickshaw driver in Bihar who is determined to provide the best education to his son by getting him admission into a private English medium school as he drops affluent boys to school every morning. Directed by the legendary Prakash Jha, Pareeksha – The Final Test has a wonderful star cast in the main roles with Adil Hussain, Priyanka Bose and Sanjay Suri. The emotional yet hard-hitting film follows the twists and turns as he battles the odds, making one think of the unequal opportunities inherent in the education system.

The 2020 Hindi romance which literally means ‘explosive’ is directed by Ranjan Chandel and stars Aditya Rawal and Shalini Pandey. Set in Allahabad, it harks back to the days of simple love stories based in small towns. The lead actors deliver restrained and relatable performances as Nasir Jamal and Neelam who meet and fall in love, even as “gunda raaj” prevails in their city. The local mob leader, played with flourish by Vijay Raaz adds a punch to the plot.

Get ready for a treat with these heartwarming stories, which range from slice-of-life reality tales to crime thrillers and comedy. Drama, romance, humour, the ZEE5 streaming platform has it all. #KhabarLive #hydnews